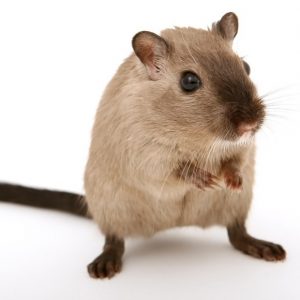 At SfN this year I’ve mostly focused on technical advancements and how to validate currently used research techniques. A major problem in current publications is the limited space allowed in the manuscripts to provide detailed technical descriptions. In my research I use transgenic mice which are broadly used in many fields of basic research. My research focuses on how seasonal changes in day-length change circadian rhythm generation, hormonal release patterns and reproduction.  To understand how the brain adapts to changes in day length, we use numerous transgenic animal models, trace neuronal networks, delete genes in these networks and study the behavioral outcome. Because we look at both network development, function and how it correlates with behavior, it is key the transgenic mice we use are well validated and do not flaw our experiments.

When you use transgenic animals, whether this be conditional knock-out, full body knock-out or knock-in animals, it is critical to understand how these gene manipulations can impact the studies conducted. For example, at SfN some posters described that in mice expressing iCRE, a recombinase allowing recombination of “LoxP” sites, produced a behavioral phenotype by itself. The authors described that iCRE expression in the neuronal population they study caused a partial loss of function of the iCRE-expressing neurons, also termed a hypomorph. This is obviously a very important observation; not only does it clearly identify the limit of certain Cre-expressing alleles, but it also illustrates how important it is to use appropriate controls for the experiments and underscores why we need to validate each mouse model for the specific experimental design used. For example, in the mentioned study they found a great precision of the iCre-allele to the desired neuronal population. Therefore, this iCre-allele would be useful to study the development and destiny of this neuronal population. On the other hand, this iCre-mouse would present with several limitations if behavioral studies or neuronal function studies were to be conducted, because the iCre-allele on its own impaired the function of the studied neurons. These are indeed the kind of problems I have been facing in my own research. We found a great ectopic expression of another Cre-allele in the brain, which targeted the neurons of interest, but also many additional neuronal populations. The ectopic expression of the Cre-allele in our studies caused deletion of our LoxP flanked gene in additional neuronal populations to the ones we desired to study, causing abnormal brain development, in combination with sever behavioral impairment. We were therefore unable to draw a conclusion for our study and were forced to repeat it in its entirety using another Cre-mouse. Looking back, I regret not having validated the Cre-mice prior to deleting the LoxP allele. However, this experience opened my eyes to how critical it is to validate your tools and understand their limits prior to drawing any conclusions.

The nano-symposium I chaired at SfN focused on novel techniques allowing us to trace neuronal networks in the brain. What sometimes happens when you use these novel tracing techniques using viral infections, or even the older methods, is that when you overexpress proteins, like green fluorescent protein or TdTomato, you can impact the cell’s function. This is simply because you overload the cell with protein that it doesn’t usually express. This protein overloading sometimes impairs neuronal function and can even cause neuronal death. Although we are improving our capacity to study the neuronal networks in more detail and more systematically, the new approaches used to target adult and developing neurons come with a new set of limits that we are still trying to identify. Despite these technical limits, it was exciting to see how the Brain Initiative is supporting the development of novel approaches to trace neuronal networks. However, this major effort is also revealing how sensitive neuronal function is to overexpression of tracer proteins.

It’s been exciting here at SfN to see the progress that’s being made and the tools that are being developed to further our understanding of neuronal function. We now have numerous ways to approach neuronal networks, and that’s very exciting because we want to understand the correlation between gene expression patterns in neurons and how they correlate with brain function and behavior.

The NIH push for rigor and reproducibility, and journals like BioTechniques that are focusing on publishing technical validations of the use of techniques, are helping scientists to improve their experimental design and to learn about limits and pitfalls.