PCR is a hugely important tool in the rapid identification of the source of disease outbreaks. We look at how this simple and widely-used technique has transformed the outcomes of disease epidemics. 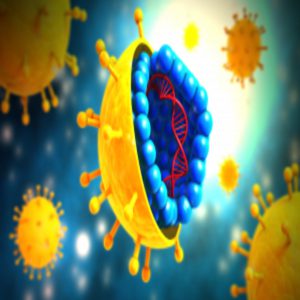 One of the first major outbreaks where PCR made a real difference was in the 2007 outbreak of foot and mouth disease (FMD) in the UK. Here, real-time reverse-transcriptase (RT)-PCR enabled researchers to rapidly gather enough of a genetic sample to sequence the virus’ genome. Scientists could then determine its strain, and monitor the development and progression of the virus as it spread.

The FMD outbreak was spread between cattle, with the first report from a farm in Surrey (UK) on 2 August 2007. This outbreak was much smaller than the 2001 epidemic of the disease, which caused devastation. An interesting difference between the approaches to these outbreaks was the introduction of use of real-time methods for diagnosis in 2007.

Real-time RT-PCR was utilized extensively to amplify and detect the FMD virus’ genome within a matter of hours. As a result, the outbreak could be controlled more rapidly and more efficiently (1).

Conversely, in many outbreaks prior to this, the virus’ genome was not sequenced until afterwards in order to understand the spread and source. The 2007 outbreak was the cornerstone of the introduction of real-time genome sequencing during an outbreak to enable more rapid and better-informed decisions to be made.

Some diseases have smaller but more frequent outbreaks, including Legionnaires’ disease, which is a severe form of pneumonia that occurs from inhaling water droplets from manmade water sources contaminated with Legionella bacteria, for example air conditioning systems, spa pools and hot tubs, showers, taps and toilets (2). This makes identifying the probable source potentially an easier process; however, confirmation is needed before action can be taken.

Recent news has praised PCR for saving lives by rapidly identifying the source of Legionnaires’ disease outbreaks and enabling measures to be implemented to halt further spread of the disease.

There are an estimated 8000– 18,000 cases of people who are hospitalized with Legionnaires’ disease in the USA every year and it is the leading cause of death from waterborne outbreaks.

Following a 2014 Legionnaires’ disease outbreak in New York City (NY, USA), the city’s health officials utilized PCR to identify the source, rather than the standard method involving bacterial culture, which takes 5—10 days to detect the Legionella bacteria. This innovative approach enabled a much quicker response to the epidemic.

“In an outbreak investigation, the ability to identify and mitigate possible sources of exposure is critical to preventing more people from becoming infected. By using PCR, we were able to mitigate risks days earlier than if we had relied on traditional culture methods,” explained Christopher Boyd, co-author of the study and then-Assistant Commissioner of Environmental Sciences and Engineering.

“Our approach likely helped prevent more people from getting sick, because we were responding much sooner.”

The research recently published in the Journal of Environmental Health, suggests PCR should now be utilized in all cases of Legionnaires’ disease outbreaks due to the speed and ease with which the Legionella bacteria can be detected. In the PCR test, fragments of DNA are run through a thermocycler, which works by heating and cooling the sample continually to produce multiple copies of the DNA fragments and amplifying them for analysis in just a few hours.

However, PCR testing in this case does also have its limitations. Through this method, it is only possible to detect the bacteria and not whether it is dead or alive, as a bacterial culture can. Legionella bacteria can only cause infection if it is alive.

In the 2014 case, the team suspected that a building’s cooling tower was the source of a Legionnaires’ outbreak. They then took a water sample from this tower, tested it using PCR and confirmed the presence of the Legionella bacteria in the space of one day. The cooling unit could then be shut down and disinfected, preventing the further spread of the disease.

It took days after this to receive the results from the bacterial culture, confirming the bacteria was in fact alive, with more time on top of this to confirm these were the bacteria that caused the outbreak.

The team successfully utilized PCR testing again in 2015 for a Legionnaires’ disease outbreak that killed 16 and affected more than 100 people. Another cooling tower was identified as the source in this case and whilst the need for stricter rules and regulations for cooling towers became apparent in order to prevent outbreaks in the first instance, the PCR-enabled identification of the source no doubt prevented more cases and potential deaths.

During the Ebola epidemic in West Africa in 2014, real-time genome sequencing was also introduced for the monitoring of the virus progression and mutations. However, it was proven difficult to maintain regular monitoring and this resulted in a more sporadic approach due to the difficulty of getting samples from rural areas to labs. It is hoped this has now been solved by the production of lab-in-a-suitcase models (4).

The lab-in-a-suitcase models include technologies such as Oxford Nanopore Technologies’ MinION DNA sequencer and a thermocycler contained within a box the size of a suitcase, enabling a mobile lab to be transported in the field to rural areas. There has also been a development of the same kind of technology for identification of the Zika virus in Brazil (5).

Scientists have, however, warned that these approaches to understanding disease outbreaks cannot replace traditional epidemiology where contacts are traced back to find how and where a person was infected with the virus and where the virus might be going next but instead, should be utilized to supplement and advance understanding.