PCR in a Modern Era with Lawrence Wangh - BioTechniques

Lawrence Wangh investigates the changing requirements of PCR in a modern era. 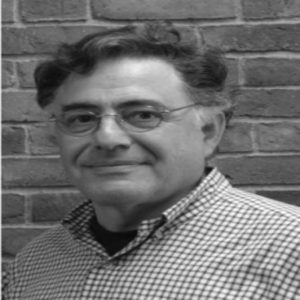 Professor Lawrence Wangh, founder and CSO of ThermaGenix Inc (MA, USA), received a BSc in Biology from Brandeis University (MA, USA) in 1968 and PhD in Biochemistry from The Rockefeller University (NY, USA) in 1973.

He went to England as a Helen Hay Whitney Fellow and worked at the Medical Research Council laboratories in Cambridge and London.  In 1977, he returned to the Biology faculty of Brandeis University to teach courses in developmental biology, reproductive biology, and evolution.

In parallel to this, he established a laboratory aimed at doing basic research in those same fields.  In the course of that work he and his laboratory colleagues invented LATE-PCR, a novel method for non-symmetric amplification of very small amounts of DNA.

Between 1997 and 2016, he and his team invented a suite of synergistic technologies that enhanced their new PCR method and its applications in many fields, including quantitative measurements of DNA and RNA in single cells, highly informative single-tube diagnosis of cancer gene targets, and detection of numerous infectious diseases – including extensively drug resistant tuberculosis.  After nearly 40 years on the Brandeis faculty, Wangh and his team launched ThermaGenix Inc (MA, USA) in order to commercialize their revolutionary PCR reagents and methods for High Precision PCR™.

In the book, Zen and the Art of Motorcycle Maintenance: An Inquiry into Values, Robert Pirsig “explores the meaning and concept of ‘quality’; a term [Pirsig] conceives as undefinable. Pirsig’s thesis is that to truly experience quality one must both embrace and apply it as best fits the requirements of the situation. According to Pirsig, such an approach would avoid a great deal of frustration and dissatisfaction common to modern life” [1].

Pirsig makes his point by contrasting a romantic and a rationalist approach to the maintenance of a motorcycle.  The romantic buys an expensive bike and hopes for the best. The rationalist seeks to understand his bike and optimizes its performance under changing circumstances.

The same might be said for how scientists and technologists nowadays approach PCR.  The romantic buys a kit and hopes for the best. The rationalist seeks to understand how PCR amplification works and how it can be optimized under changing circumstances. Thus far, PCR, which was invented by Kary Mullis in 1983, has proven to be as durable and as adaptable to changing circumstances as a Harley-Davidson.

On the other hand, a quick google search can show that Harley-Davidson is clearly a company in trouble these days. Meanwhile, today’s molecular biologists, cell biologists, and biotechnologists are pushing PCR and RT-PCR into tougher and tougher terrain, including:

In each of these situations, highly multiplexed PCR amplification reactions are supposed to be reliable, robust, quantitatively accurate and without amplification of unintended products.  Current methods of PCR and RT-PCR do not meet these high precision standards.

So, PCR users must now ask: ‘What is wrong with the particular version of PCR that I am running and how can it be fixed in order to generate the answers I need?’

It has been clear from the beginning that amplification specificity and amplification sensitivity go hand in hand, which makes sense since mispriming degrades both product quality and yield.  Billions of dollars have been spent optimizing master mixes to modulate the interactions of primers and targets, building better PCR devices and improving DNA polymerases and RNA reverse transcriptases.

Nevertheless, the weakest link remains temperature control of these enzymes before the start of amplification.  Specifically, while the invention of ‘hot-start’ antibodies “to reduce or eliminate the formation of non-specific products in polymerase chain reaction methods” [2] dates back to 1992, Stevens et al. demonstrated more than two decades later that 12 out of 17 hot-start enzymes failed a stringent tested for polymerase activity at room temperature prior to heating the reaction for the first time [3].

The only enzymes that passed their test were chemically blocked.  They concluded “that many commercial enzyme preparations marketed as ‘hot-start’ exhibit polymerase activity prior to thermal activation. PCR applications, particularly in forensic or molecular diagnostic settings, rely on accurate and consistent assays. The failure of many hot-start enzymes to perform as expected could, therefore, have quite profound implications. Although enzyme suppliers provide evidence of tests for polymerase activity in documents accompanying their products, there is no evidence that they test for polymerase activity prior to thermal activation. We provide here a simple and effective assay that can be used to screen hot-start polymerases for this undesirable property.”

Given the need for precision PCR today, we suggest that PCR practitioners undertake many more control experiments, including ‘no-template-controls’ designed to detect non-specific primer-dimer formation.  This is important when one considers that there are potentially 400 ways in which a mere 20 primers might form dimers during the early stages of a 10-plex reaction.

PCR users should also examine the ‘hot-start’ claims of manufacturers more closely and should look for enzymes that exhibit robust hot-start activity under rigorous conditions.

Finally, we recommend that investigators interested in accurate transcriptomics should apply the same level of scrutiny when it comes to reverse transcriptases.  The possibility of hot-start reagents for this class of enzymes has been all but ignored by manufacturers, despite the fact that that it is well known that these enzymes are active at low temperatures and are incubated for minutes in master mixes containing all of the components needed to synthesize both correct and incorrect cDNAs.