Is the key to successful dieting not in the details of the diet, but in our genetics? 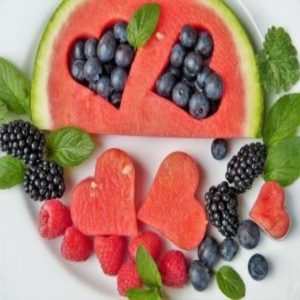 It is the time to load up on vegetables and minimize sugar intake. The new year means resolutions and, for many people, these include plans for a new diet. Eating healthy is important, but for specialized diets, it may be time to consider genetic makeup. A new study published in Genetics suggests that genetic variation might explain why there is no one-size-fits-all diet.

David Treadgill from Texas A&M University (TX, USA) did not originally intend to study nutrition. This line of research began for him when his group noticed some strong, diet-dependent effects across different strains of mice in their cancer research studies a few years ago.

“We decided to really focus on [diet-dependent effects] and try to figure out why there seems to be such a pronounced way individuals are responding to diets,” said Threadgill.

Given the adverse health effects of the standard American diet and, conversely, the observed health benefits of Mediterranean, Japanese, and ketogenic diets, Threadgill’s lab created mouse diets comparable to human eating habits. Instead of focusing merely on macronutrients (like the traditional mouse high-fat diets), these diets included bioactive compounds, lipids, and fiber content to make the nutrient sources similar to their human counterparts.

The scientists fed these diets to four different mouse strains (A/J, C57BL/6J, FVB/NJ, and NOD/ShiLtJ) beginning when the animals were 6 weeks old and continuing for 12 weeks. At that time, the researchers began evaluating metabolic characteristics, which they recorded over an additional 12 weeks, allowing ample time for phenotypes to manifest. The scientists measured a variety of symptoms commonly associated with metabolic syndrome.

First, to assess the “American” diet, the researchers compared different strains of mice fed this diet to mice fed a control chow. Regardless of the strain, body fat and LDL cholesterol increased in all mice consuming the American diet, although to varying levels. Liver triglyceride levels also increased, while other parameters, such as fasting glucose and tolerance and HDL cholesterol, increased only in some strains. Metabolic rate (oxygen consumption and heat expenditure), food and water intake, and respiratory exchange rates also varied across mouse strains.

When comparing the Mediterranean, Japanese, and ketogenic diets to the American diet, the scientists observed variations in levels of physical activity based on genetic background, not diet. Interestingly, the metabolic rate was higher in all mice fed a ketogenic diet. Nearly all other metabolic readouts varied. To assess changes in metabolites, the researchers performed metabolomic profiling of the liver. Interestingly, a large proportion of the diet-induced shifts in metabolites were unique to a single strain.

The researchers then calculated a mean health score (MHS), made up of the average of scores for body composition, lipid profiling, glucose metabolism, and liver heath. But even when using this method, the diets showed diverse effects. Only the ketogenic diet improved the overall health of the A/J mice. The ketogenic and Japanese diets had positive average MHS in B6 mice. Meanwhile FVB and NOD mice had the best overall health when consuming the Japanese diet.

“The A/J mice are almost agnostic to diet,” noted Threadgill.

For human diets and nutrition, these data support the need for personalized or precision medicine. “You see people who eat certain diets and wonder how it is that they either don’t gain weight or why they do gain so much weight on a diet where they shouldn’t be gaining,” Threadgill reflected. “This [study] really sort of sets the stage for trying to understand that.”

José Ordovás, the director of nutrition and genomics from Tufts University (MA, USA), who was not involved with this research, explained that this paper provides a push towards personalized nutrition in humans. Human studies to realize this goal require large sample sizes, knowledge of volunteer genetic makeup, and monitoring of their diets. “Those things are expensive and that is why the field of personalized nutrition is not at the stage of being applied to the general population,” explained Ordovás. “It is because we are still lacking a lot of the knowledge.”

Threadgill now plans to tease out the underlying mechanisms of genetic background-specific influences behind how different diets affect health. “Hopefully it is going to finally get us to break away from this concept that there is sort of an optimal diet. That doesn’t exist for everybody,” he concluded.