Protein involved in the strengthening of synapses may have key role in neurodevelopmental disorders. Researchers at Rockefeller University have discovered the key role of ASTN2. 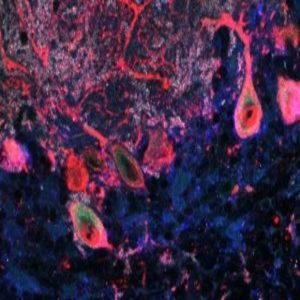 Communication between neurons is vital for efficient neural activity. This is highly regulated by the level of postsynaptic membrane surface proteins expressed, which adapts and changes in response to dynamic stimuli. These levels are controlled by trafficker proteins within the cell that facilitate protein removal from the membrane via endocytosis.

Researchers at the Rockefeller University (NY, USA) have discovered the key role of one such trafficker protein, ASTN2. The team demonstrated that ASTN2 helps move proteins away from the membrane in a timely fashion. Published in PNAS, the research also proposes a mechanism by which ASTN2 defects lead to neurological disorders.

Although also present in the adult brain, the ASTN2 protein has been shown to be an important trafficker in cell migration during early development. Therefore, mutations in this gene have been linked to neurodevelopmental disorders, predominately autism spectrum disorder and language difficulties. It also shows links to mental health disorders, such as schizophrenia and bipolar disease.

“Our data suggest that people who have mutations in ASTN2 make less of the protein, which leads to slower or weaker synapses,” explained first author Hourinaz Behesti. Lower levels of the ASTN2 lead to an accumulation of proteins on the cell membrane, which hinders neuronal connections and disrupts communication between cells; reducing efficiency of neural activity.

A particularly high concentration of this protein has been shown in purkinje cells of the cerebellum, an area with an established role in movement. This evidence may suggest this region also has a greater impact on cognition than originally believed.

“People are just beginning to realize that the cerebellum isn’t just there to control movement and motor learning,” concluded senior author Mary Hatten. “It has much more complex roles in cognition and language.”

New platform for in vitro modeling of neurodegenerative diseases