In the midst of the race to Mars, very little is known about the biological effects of space travel. Could NASA’s twins study provide the answers NASA is looking for? 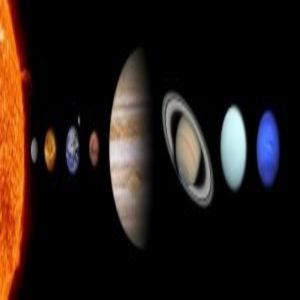 Could humans be set to live on Mars in the future? The race to Mars involves various aerospace manufacturers and national space agencies – including NASA and the China National Space Administration – competing to see who can get a crewed mission to Mars first.

“By the mid-2030s, I believe we can send humans to orbit Mars and return them safely to Earth. And a landing on Mars will follow. And I expect to be around to see it,” commented former US President, Barack Obama, during a space policy speech at the Kennedy Space Center (FL, USA) in 2010.

Part of this race involves a better understanding of both the temporary and long-term effects of space travel on human health. In order to do so, NASA decided to utilize the genetic similarity of identical twins. Identical twins are genetically nearly exactly the same; however, environmental factors can play a huge role in health.

In the Twins Study, former astronaut Scott Kelly was sent to live on the International Space Station (ISS) for just under a year, while his identical twin Mark stayed on Earth. The duration of this mission was twice as long as astronauts usually spend aboard the ISS and is important as a stepping stone to longer missions to Mars, which would last for approximately 3 years.

This was an investigation funded by NASA and led by Andrew Feinberg (Johns Hopkins University School of Medicine, MD, USA) in 2015 that aimed to elucidate how prolonged exposure to zero gravity conditions could affect an astronaut’s biology.

Former astronauts, Scott and Mark, volunteered to participate. Prior to the mission, the twins underwent medical testing, involving saliva swabs and examinations of blood, urine and stool samples, as well as cognitive exams and body imaging. These tests continued throughout and after the mission at various time periods, with Scott’s samples being frozen on board the ISS in order to carry out the testing when he landed back on Earth.

These tests enabled scientists to observe any genetic, microbiome, physical or cognitive changes. They expected to observe changes to the microbiome, as Scott and Mark’s diets were obviously going to be very different; Scott was eating the prepared, dehydrated food on the ISS but there was no control over what Mark was eating on Earth.

The scientists would also expect some effects of the increased radiation exposure in space, including the potential of coronary heart disease, cancer and cognitive impairment. However, while there were no changes in Scott’s genetic sequence, there were epigenetic changes. Even after his return to Earth, about 7% of Scott’s altered genes were still as active as they were in space, with gravity not returning the levels to normal.

Scott also had a deficient amount of tissue oxygenation and possible mitochondrial damage. His telomere lengths were also altered, first increasing in length and then decreasing shortly after landing on Earth. This then stabilized back to approximately his telomere length pre-flight.

There were also changes in his collagen levels, blood clotting and bone formation. All of these key problems can likely be attributed to zero gravity, radiation and other space flight conditions.

One small step for man, one giant leap for mouse-kind

In order to learn more about the health effects of space travel, the next stage of The Twins Study will involve mice. Mice are already well-established models of human health in space and the use of mice enables certain variables, including diet, to be fully controlled. This will provide researchers with an indication of whether any microbiome changes can be attributed to the microgravity environment.

Identical mice are being used, with the SpaceX Dragon capsule launching earlier this year on 29 June 2018 carrying 20 space-bound mice, leaving another 20 on earth. The results from this study should provide more insight as to how space travel can affect human health, and if a future mission to Mars will be a realistic feat.

Bacteria ‘shapeshift’ in space to survive

Two minutes with: Manel Esteller on the epigenetic validation of cancer organoids