Decades ago, fraud accusations led to the suicide of a prominent scientist. Now, some researchers argue that his observations were not only authentic, but could have reshaped modern biology. 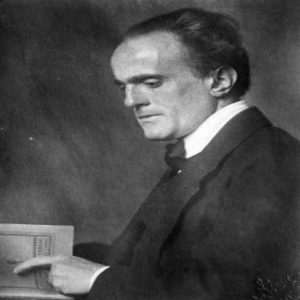 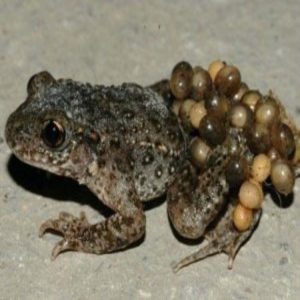 Midwife toad carrying fertilized eggs on its legs and back.

Gregor Mendel and Charles Darwin burst into scientific conversations in the mid-1800s, dramatically altering the perspectives of zoologists, naturalists, and academics everywhere. But adopting a new viewpoint, no matter how fascinating, doesn’t come easily to everyone—and the heritability of fixed genetic traits driven by natural selection was no exception.

This new way of thinking about evolution challenged the views previously promoted by Jean-Baptiste Lamarck. Although he was the first to use the term biology in its modern form and contributed considerably to building the field, he is best known today for the idea that animals adapt to their environments and then pass those adaptations on to their offspring. By 1900, his supporters pushed back against the Darwinist wave, forming a movement of “neo-Lamarckian” thinking. Many scientists scrambled to test ideas supporting or refuting these opposing views.

One of the most controversial players in this drama was an Austrian zoologist named Paul Kammerer, who stated in 1904 that his neo-Lamarckian research goals were to show that animals acquire new characteristics when exposed to different environments and that these changes are heritable (1). He published dozens of papers, along with 7 books written for the public, describing environmentally-induced phenotypic changes passed down through multiple generations in toads, salamanders, lizards, and sea squirts.

“Kammerer is important in many contexts for science,” said Carlos Guerrero-Bosagna, a researcher from Linkoping University who studies epigenetics and how the environment influences development. “In an experimental context, he might have provided early reports of what we currently know as transgenerational epigenetic inheritance.”

Once introduced as “Darwin’s successor” by the New York Times, Kammerer is most known for his work on the midwife toad, Alytes obstetricans. These toads are unique in that they breed on land, after which the male toad carries the fertilized eggs on its back and legs until they are ready to hatch, at which time it moves to the water, and the tadpoles emerge.

By keeping his toads in abnormally hot rooms, Kammerer enticed them to spend more time in the water until they eventually bred and cultivated eggs there. His system led to a surprising result. Kammerer reported that the toads developed nuptial pads—dark swollen areas on the underside of a toad’s hands that give it a better grip on a female during mating in slippery aquatic environments. This happened as early as the second generation. Although very few eggs laid in water survived to form tadpoles, Kammerer’s results showed that hatchlings developed nuptial pads for up to six generations.

A series of backcrosses and ovary transplant experiments between water and land breeding toads convinced Kammerer that the traits gained after spending increased time in water were inherited according to Mendelian ratios.

“At the end of his experiments, his specimens probably looked the way he said they looked. Other people saw them. They were not implausible. Nuptial pads, for example, have occasionally been reported on midwife toads in the field,” said Sandy Gliboff from Indiana University, a researcher who focuses on the history of evolution and genetics. “Whether the experimental treatments were carried out as described—the animals carefully marked and tracked for the entire duration of the experiment—seems not as likely.”

At first, the results stirred a healthy scientific debate, but soon Kammerer was accused of pseudo-science and heresy by notable Darwinian scientists. Then Gladwyn Noble, Curator of Reptiles at the American Museum of Natural History, microscopically examined one of Kammerer’s preserved specimens and reported in the journal Nature that the nuptial pad on the toad was black not because of a natural phenotype variation but because it had been injected with India ink (2).

Kammerer confirmed that this toad’s nuptial pad was colored with ink, but maintained that his experimental observations were sound. He suggested that the injections may have been made to help preserve the specimen or possibly by a research assistant with personally- or politically-motivated ill intent. Just 6 weeks later, Kammerer published a suicide note in Science (3) and ended his life on September 23, 1926.

Following Kammerer’s death, more accusations of fraud arose with claims of falsely colored photographs. A few researchers attempted to replicate some of his findings, with limited success regarding color changes in fire salamanders. Overall, the replication efforts failed, and Kammerer became known as the “father of photographic image manipulation.”

The Father of Epigenetics?

Recent developments in the field of epigenetics have reopened the debate surrounding Kammerer’s work, which is nearly as contentious today as it was almost 100 years ago. In 2009, Alexander Vargas from the University of Chile suggested that Kammerer was actually one of the first to document a form of epigenetic inheritance. Altering the environment in which the eggs incubated might readily induce different gene methylation patterns (4).

Gliboff responded right away, stating that Vargas had constructed the epigenetic model he used to explain Kammerer’s data without first reading the original articles, which were written in old German. “His model simply cannot explain the results as they were originally reported and it cannot easily be corrected,” he wrote (5).

Vargas and Guerrero-Bosagna decided to team up with Quirin Krabichler from the Technical University of Munich to more thoroughly investigate how Kammerer’s results could be explained by parent-of-origin effects—genetic variation due to genes expressed only from the maternal or paternal allele (6).

In one of Kammerer’s books, he described a “complication” in that the ability to breed in water was passed only from affected fathers; affected mothers did not pass along the trait. “[Kammerer] had well-kept notebooks describing experiments as well as unusual observations that emerged. He described results that he could not explain at the time, which is completely concordant with the normal way science works,” Guerrero-Bosagna said. “His mind was wide open to what the natural phenomena were showing, independent of what his preconceived idea was. He was puzzled by many of his results! This is not the sign of someone fabricating data. This is the sign of someone doing proper science.”

“With our paper, we show that every single phenomenon he reported is plausible in the realm of what we currently know about epigenetics and parent-of-origin effects,” he added.

Gliboff concedes that an epigenetic mechanism may have factored into Kammerer’s work, although Vargas and Guerrero-Bosagna’s latest paper still has not convinced him that paternal gene imprinting is the answer.

Others are even less sure of Kammerer’s work. Jacques van Alphen and Jan Arntzen from the University of Amsterdam recently suggested that Kammerer also manipulated his experimental samples to produce illusions supporting Lamarckian ideas of inheritence (1). After Kammerer’s death, researchers uncovered animals in the wild that expressed some of the traits he claimed to have induced by exposing his animals to environmental changes: wild blind cave salamanders have functioning eyes and both lay eggs and give live birth; some midwife toads have nuptial pads; and fire salamanders have a variety of color patterns.

van Alphen and Arntzen argue that Kammerer’s real scientific discoveries were the existence of species variation that were largely unknown by his colleagues at the time. But rather than publishing these discoveries, he instead collected the animals to stage the development and inheritance of new characteristics that cannot be induced by the environment.

“We are currently working on a response since that argument is actually speculative,” Vargas said. “The only way to know if the phenotypes can be induced by the environment is to repeat the experiments.”

The Debate Goes On

Guerrero-Bosagna and Vargas are currently seeking funding and collaborators to carry out modern epigenetic experiments on the midwife toad in the hope of ultimately establishing “Kammerer’s honesty as a scientist and the actual plausibility of his reported experiments,” Vargas said.

Others doubt a tidy ending is possible. “I don’t see how [the experiments] can be reproduced at all,” Gliboff said. “Some of them ran for years under uncontrolled or only approximately controlled environmental conditions, so there is no way to reconstruct them precisely.” And a failed replication wouldn’t prove if Kammerer committed fraud or made errors; experiments may fail because of differences in experimental conditions and animals between then and now.

“What’s really needed is more investigation into the genetics and development of Kammerer’s experimental animals and the traits he experimented on. If it could be shown, for example, that there really is an allele for the land-breeding behavior of midwife toads and that it can be methylated and inactivated by environmental conditions and parent-of-origin effects, that would be something,” he said.

In Vargas’ view, researchers may gain numerous insights into phenotypic plasticity and the influence of epigenetic inheritance on evolution by combing through Kammerer’s large body of published work. The data could inform researchers working with wild species, where environmental effects may be chalked up to genetics when viewed from a strictly Darwinian perspective.

Kammerer’s story actually hits close to home for Guerrero-Bosagna. A former member of his lab also died by suicide after accusations of fraud and a paper retraction.

“There is nothing wrong with disagreements in experimental aspects or theoretical positions; however, fraud accusations cross a dangerous barrier,” he said. “Fraud accusations should be very well investigated and substantiated before they are put forward.”