The Time of the Cyberslug Has Come - BioTechniques

A virtual simulation of a sea slug has been created that behaves just like the real thing. 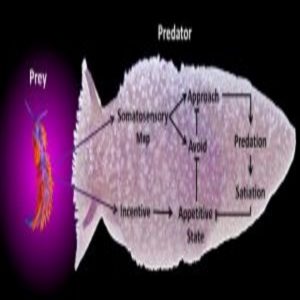 Researchers from the University of Illinois at Urbana Champaign (IL, USA) have created a virtual sea slug that is able to simulate the relationship between the animal’s hunger level and learning ability. The research, published in eNeuro, has the potential to provide a foundation for the creation of more advanced models that could simulate even more complicated natural behavior.

Pleurobranchea is a genus of predatory sea slug that learns to go for the easiest prey. It quickly learns to avoid difficult prey that defend themselves with stingers and will only resort to hunting them when forced to by starvation. This foraging behavior, or the choice between approach-advance, is controlled by a simple homeostat system within the neural circuitry of the slug.

Rhanor Gillette and his group used data from previous studies of the slug’s brain and behavior to help build the simulation. They created a model that takes in sensory inputs, evaluates the resource value based on need and memory and then outputs motor function to direct the slug to avoid or approach the prey.

This model was refined and optimized until it was able to exhibit the behaviors expected from the natural behavior of the sea slug.

Now these behaviors are relatively basic homeostatic functions, but it is often the case that these kinds of behavior underlie a lot of what we would consider complicated higher level behavior. It is for this reason that the authors believe their model can help present a picture of the mechanisms of evolutionary ancestral behavior.

The model is designed to be built upon, with the authors believing that additional embellishments would reflect the natural course of complication arising from simplicity that is synonymous with evolution. This model may present a foundation for the development of more complicated artificial intelligence that can not only help us understand our past but may help revolutionize the future of animal behavior study.