The Smell of Success [Research] - BioTechniques

The smell of success

‘Smellovision’ virtual reality has been created to study smell-related behaviors. 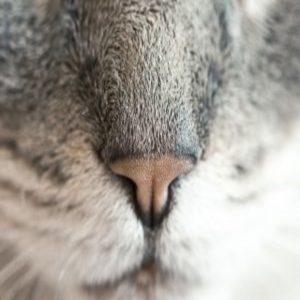 Researchers from Northwestern University (IL, USA) have successfully developed a virtual reality (VR) system in order to investigate mammal’s behaviors in relation to smells. The jokingly referred to ‘smellovision’ can control concentrations of different odors within a space. The hope is that this technology will enable study of odor-guided navigation as well as the potential incorporation into current VR systems, to provide a more multisensory experience.

“Imagine a room in which each position is defined by a unique smell profile,” commented Brad Radvansky, graduate student and co-author of the study. “And imagine that this profile is maintained no matter how much time elapses or how fast you move through the room.”

It is known that many animals have an incredible sense of smell that can affect behaviors such as mate attraction, aversions to specific odors and navigation; however, it has been previously difficult to investigate because it is nearly impossible to control the location of odors.

The study, published in Nature Communications, demonstrated that mice did not show a decrease in performance when provided with only olfactory cues and no visual cues. The researchers utilized an algorithm to determine timings and distributions needed of the scents within the system.

Scents, including bubblegum and pine, were pumped in to create a virtual room. When visual cues were cut off, it was indicated that the mice could still create a map based on their surroundings by moving through the smell landscape.

“Development of virtual reality technology has mainly focused on vision and sound,” concluded Daniel Dombeck, associate professor of neurobiology in Northwestern’s Weinberg College of Arts and Sciences and co-author of the study. “It is likely that our technology will eventually be incorporated into commercial virtual reality systems to create a more immersive multisensory experience for humans.”