How to Use RNA in Situ Hybridization [Webinar] - BioTechniques

In this webinar with Tuomas Tammela and Courtney Anderson, you will learn how RNA in situ Hybridization (RNA ISH), in particular the RNAscope® ISH assay, can be applied to deciphering the molecular mechanisms of targeted therapies for cancer and other disease states.

Cancer biologist Tuomas Tammela investigates cellular heterogeneity in lung, pancreatic and colon cancers. He received his MD, PhD form the University of Helsinki, Finland and completed a Postdoctoral Fellowship at Massachusetts Institute of Technology. The Tammela lab is interested in understanding the remarkable phenotypic heterogeneity of cancer cells within tumors. Using a combination of sophisticated genetically engineered mouse models, single cell transcriptomics, tracing and ablation of distinct tumor cell lineages, CRISPR-mediated gene regulation, and advanced imaging techniques, they utilize the exceptional resources developed by our MSK collaborators, such as organoids and xenografts, for the translation of our findings into new treatments for human cancer. Their goal is to discover pathways that drive distinct cellular phenotypes and to develop new therapeutic concepts aimed at reducing cellular heterogeneity in tumors.

Courtney is applications leader and senior scientist at Advanced Cell Diagnostics in Newark, California, where she manages projects in the R&D laboratories and with collaborators from around the globe to support novel scientific applications of the RNAscope technology. Prior to joining ACD, Courtney completed her postdoctoral studies in metabolic biology at the University of California Berkeley. Courtney received her PhD in molecular and developmental biology from the University of California San Francisco and her BA in human biology from Brown University. 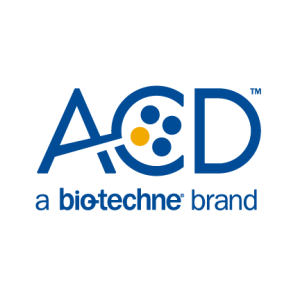 Predicting the course of a pandemic: when will COVID-19 end?

Coronavirus: sorting the fact from the fiction

From the journals: coronavirus

How long can coronavirus remain infectious in the air and on contaminated surfaces?