Panel Discussion: The evolution of advanced cell models and their analysis

Advanced cell cultures represent a new window through which researchers can observe the developmental biology of organs, the underlying pathogenesis and progression of diseases and the impact of therapeutics on both diseased and healthy tissues. The increased parity to in vivo conditions provided by 3D cell cultures imbues these insights with a greater, more actionable value than 2D cultures, while organ-on-a-chip systems allow for refined control of experimental conditions.

This panel discussion will evaluate shifting trends in advanced cell models, examining their advancement and increasing prevalence in the lab. Panelists will also discuss the challenges presented in the analysis of these complex technologies and reveal top tips for obtaining the best results from these models.

Fill in the form below to register for this webinar. If you’re already a member of BioTechniques, your details should be pre-filled so you can register even quicker! 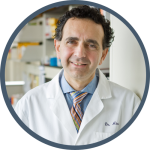 Atala is the G. Link Professor and Director of the Wake Forest Institute for Regenerative Medicine, and the W. Boyce Professor and Chair of the Department of Urology at Wake Forest University (both NC, USA).  His work focuses on growing human cells, tissues and organs. Fifteen applications of technologies developed in Atala’s laboratory have been used clinically in human patients.

Atala’s work was listed twice as Time Magazine’s top 10 medical breakthroughs of the year, and as one of 5 discoveries that will change the future of organ transplants. Atala’s work was ranked in 2019 by the Project Management Institute as one of the top 10 most impactful biotech projects from the past 50 years. Atala was named by Scientific American as one of the world’s most influential people in biotechnology, by U.S. News & World Report as one of 14 Pioneers of Medical Progress in the 21st Century, by Life Sciences Intellectual Property Review as one of 50 key influencers in the life sciences intellectual property arena, and by Nature Biotechnology as one of the top 10 translational researchers in the world. 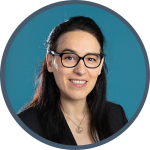 Boj received her PhD in 2006 at the University of Barcelona for her work at the August Pi I Sunyer Biomedical Research Institute (both Spain) on functional genetic analysis for deciphering the transcriptional role of Maturity Onset Diabetes of the Young genes in pancreatic beta cells.
With a long-term EMBO (Heidelberg, Germany) fellowship, she subsequently joined the Hubrecht Institute (Utrecht, The Netherlands) as a postdoctoral fellow. In the laboratory of Hans Clevers she first studied the role of TCF7L2 regulating metabolism. Then, she established an in vitro organoid model for human pancreatic cancers. In 2014, she moved to Hubrecht Organoid Technology (Utrecht, The Netherlands) as a group leader for Cystic Fibrosis and Cancer programs. In 2016, she was appointed as Scientific Director of HUB, with the ultimate goal of transferring scientific advances of Organoid Technology to the development of new drugs, by interacting with pharmaceutical companies, and developing clinical trials to validate the predictive value of Organoids for the response of patients. In 2020 she became Chief Scientific Officer. 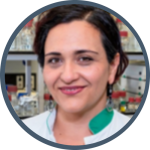 Mahmoudi obtained a Balechor’s degree in molecular biology from the University of California Berkeley (CA, USA), a Master’s degree in biochemistry from the University of Toronto (Canada) and a PhD from Leiden University Medical Centre (The Netherlands). She initially worked in the lab of Eric Verdin (University of California San Francisco, CA, USA) and later in stem cell-based technologies in the lab of Hans Clevers at the Hubrecht Institute (The Netherlands).
Research in Tokameh’s lab uses a multidisciplinary approach combining current knowledge of HIV transcription and HBV infection together with state of the art high through-put approaches, virology, genetics, immunology and conventional biochemistry to identify novel druggable molecular targets and candidate therapeutics to determine the molecular events that control HIV transcriptional latency and HBV-mediated onset of hepatocellular carcinoma. Tokameh is a member of NL-4Cure and co-founder of EHEG, an Erasmus MC multidisciplinary consortium focused on translating basic advances in HIV Cure research into development of novel therapeutics and their testing and implementation in the clinic. 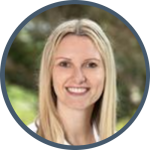 Leibel completed the Physician-Scientist program at the Hospital for Sick Children (Toronto, Canada), graduating with a degree in lung biology before joining the UC San Diego School of Medicine as an assistant professor of pediatrics and Rady Children’s Hospital-San Diego (CA, USA) as a neontologist.
Leibel’s clinical interests are invasive and non-invasive ventilation and its effect on babies during their neonatal intensive care unit stay. Her research interests are in studying human lung development and surfactant biology using induced pluripotent stem cells; she is using gene therapy to cure the fatal disease of surfactant protein B deficiency. 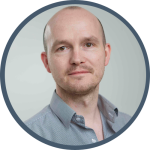 The fundamental objective of Jorgensen’s lab is to understand the role of inter-cellular signaling networks in disease. Specifically, they focus on understanding how changes in the tumor microenviroment control cancer progression and drive resistance to treatment in Pancreatic Ductal Adenocarcinoma (PDA). Jorgensen poses that tumor cells interdepend on stromal reciprocal signals, which directly or indirectly shape tumor progression. As such, development efficacious treatments rely on the development and interrogation of appropriate preclinical models.