Human dendrites deliver signals at a greater variation in strength than those of rats, providing a possible explanation for the difference in processing power in the two brains. 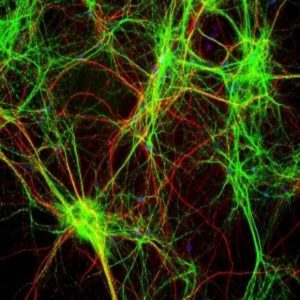 A research team based at MIT (MA, USA), led by Mark Harnett and Sydney Cash (Harvard Medical School, MA, USA), that set out to establish how the differences in length between human and rat dendrites affect their electrical properties, has made some fascinating discoveries. By studying small sections of human brain tissue the team was able to identify a greater variation in signal strength in human dendrites, compared with those taken from rats.

Dendrites, which carry electrical signals from distant sites to the cell body, are found to be far longer in the human brain than in rats and most other species. This is a natural result of the expansion of the human cortex throughout evolution; as the human brain has grown, the neurons and dendrites within it have extended in order to continually cover the six layers of distinct neurons in the cortex.

The team set out to examine the impact that this difference in length may have on the electrical signals traveling along these neurons. Taking small sections of tissue, excised as a by-product of a neurosurgery for epileptic patients, from the anterior temporal lobe the team suspended the samples in a solution akin to cerebrospinal fluid with a continuous oxygen supply. During the 48 hours that this kept the tissues viable, patch-clamp electrophysiology was used to measure the electrical signals traveling along the dendrites of the pyramidal neurons in the tissue.

The results showed that the number of ion channels in the dendrites, which control the progression of the action potential, is conserved between humans and rats resulting in a reduced channel density in the larger human dendrites. This reduced density results in a greater variation in the strength of signal, dependent on the distance from the cell body of the stimulus.

The variation in signal strength, or ‘electrical compartmentalization’, can then impact the function of the neuron. “In human neurons, there is more electrical compartmentalization, and that allows these units to be a little bit more independent, potentially leading to increased computational capabilities of single neurons,” explains Harnett, adding that “if you have a cortical column that has a chunk of human or rodent cortex, you’re going to be able to accomplish more computations faster with the human architecture versus the rodent architecture.”

The future of the research is to explore how these electrical properties interact with the other multifarious idiosyncrasies of human neurons and the resulting impact on their processing power.