Bacteria have been engineered to produce bio-synthetic spider silk that is as good as the real thing. 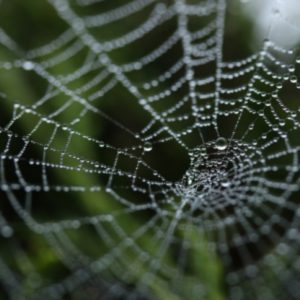 A team of researchers from Washington University  St. Louis (MO, USA) have engineered bacteria to produce a bio-synthetic spider silk that could rival the real version. Spider silk is an incredibly desirable material due to its high strength and toughness however it is notoriously difficult to reproduce. The scientists hope the new material will be able to replace petroleum-based synthetic fibers.

The study, published in the American Chemical Society’s Biomacromolecules, details the discovery that the strength and toughness of spider silk is positively correlated with molecular weight, even in a synthetic silk that is twice the weight of those previously synthesized.

“People already knew about this correlation, but only with smaller-sized proteins. We found that even at this large size, there is still a very good correlation,” commented Fuzhong Zhang, co-author of the study and associate professor at Washington University in St. Louis.

They synthesized proteins that were twice as large (556 kDa) as those that had been previously created (285 kDa). The researchers began by creating a DNA sequence that replicated the sequence in spiders that coded for silk and repeated this sequence. The theory being that more repetitions would result in a larger protein. However, when the sequence got to a certain size, the bacteria would chop it down.

Hence, the team utilized a different approach. They added a short genetic sequence to the DNA section coding for silk that enabled the proteins to fuse together into a larger protein via a chemical reaction. They then spun these proteins into fibers that were approximately a tenth of the diameter of a human hair.

When they tested its mechanical properties, including tensile strength and toughness, they discovered it to be the first synthetic spider silk to replicate the natural version in these parameters.

The group now hope to improve the process and its scalability, as well as work towards the goal of replacing petroleum-based synthetic fibers with their synthetic spider silk.

“We will continue to work on making the process more scalable and economical by making it easier to handle, reducing the amount of chemicals needed, and increasing the robustness and efficiency,” Zhang concluded.