A US$30 million animal model study into the effects of radiofrequency radiation (RFR), similar to that used in 2G and 3G networks, has come to some pertinent conclusions. 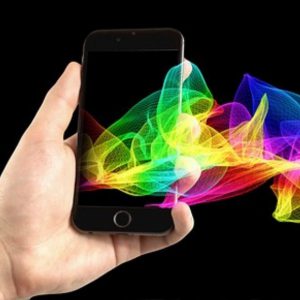 A study into radiofrequency radiation (RFR) conducted by the National Toxicology Program (NTP) of America, which was nominated for research by the FDA, has published its results regarding the effects of exposure on rats and mice. The research team, led by John Butcher, found that exposure to high levels of RFR, the type of radiation present in 2G and 3G networks, leads to the development of cancerous heart tumors in male rats.

The animals in the study were housed in chambers specifically designed for the study. For rats, exposure to the RFR began in utero and for mice, it began at 5–6 weeks old and continued for up to 2 years or the majority of each animal’s natural lifetime. RFR exposure occurred for 10 minutes at a time with a 10 minute break in between each exposure for a total of 9 hours a day. The levels of exposure ranged from 1.5 and 2.5 watts per kilogram for rats and mice respectively – the equivalent of the maximum local tissue exposure currently allowed for cell phone users is up to 6 and 10 watts per kilogram.

After 10 years and US$30 million, the study concluded that there is clear evidence to suggest that high levels of RFR lead to heart tumors in male rats. The study also found that there was evidence of adrenal gland and brain of male rats. For female rats and all mice, evidence was only equivocal as to whether the cancers were a result of RFR.

John Butcher highlighted the fact that: “The exposures used in the studies cannot be compared directly to the exposure that humans experience when using a cell phone. In our studies, rats and mice received radio frequency radiation across their whole bodies. By contrast, people are mostly exposed in specific local tissues close to where they hold the phone. In addition, the exposure levels and durations in our studies were greater than what people experience.”

Once these results have been presented to the FDA and the Federal Communications Commission, the NTP will go on to design smaller exposure chambers that will allow them to monitor new communications technologies, such as Wi-Fi or 5G networks that were not included in the study. These chambers will be used in studies to identify biomarkers for the effects of RFR, such as changes in DNA damage, which can be detected long before cancer.