Take a look behind the scenes of a recent report article published in BioTechniques entitled: ‘Methodology for the at-home collection of urine samples for prostate cancer detection’, as we ask lead author, Jeremy Clark (University of East Anglia, UK) about his new urine test, capable of utilizing samples provided at home. 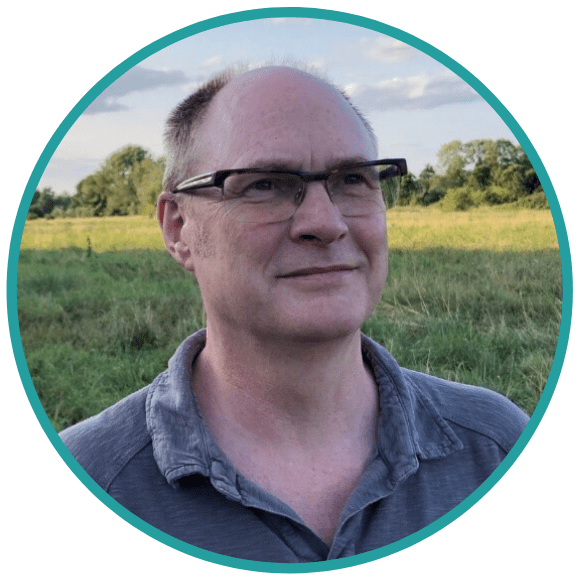 Jeremy Clark currently works at the University of East Anglia in the School of Medicine in the Cancer Genetics group headed by Professor Colin Cooper.

He started research at the Institute of Cancer Research initially working on tissue typing for leukemia transplant patients. Clark then changed his research focus to sarcoma and gained his PhD for the discovery of the genes involved in the X:18 translocation found in synovial sarcoma. Published in Nature Genetics this SYT:SSX fusion has become definitive for discerning synovial sarcoma from other small cell tumors.

Clark also discovered cancer fusion genes involved in chondrosarcoma, renal cell carcinoma and prostate cancer. Many of these discoveries were before the human genome had been sequenced and, in his research, he identified eight oncogenes three of which were previously unknown genes – seven of these have been patented for use in tumor diagnosis and management.

More recently Jeremy has been investigating how to improve prostate cancer detection and predict how the disease will progress, whether the cancer will remain indolent or whether it will progress and require treatment.

Can you give us a short summary of the recent report article, ‘Methodology for the At-Home Collection of Urine Samples for Prostate Cancer Detection’?

Our pilot study which was published earlier this year showed how useful we have found urine to be for diagnosing prostate cancer and predicting which cancers will get bigger and nastier up to 5 years later. PUR (Prostate Urine Risk) signatures separated men with low-risk cancer into two groups, one of which had a risk of developing an aggressive form of the cancer eight times greater than the other. There is nothing in clinical use at present that can do this.

The new development is our ‘At-Home Collection Kit’ which means that we can now send out a urine collection kit to a man at home, he fills up a small pot with his first wee of the day and posts it back to us for analysis.

The at-home collection part sounds like quite a small innovation, but it means that in future the monitoring of cancer in men could be so much less stressful for the patient and reduce the number of expensive trips to the hospital.

The idea behind it is as follows: the prostate is a secretory organ and these secretions carry cells and molecules from all over the prostate to the urethra which then get flushed out of the body on urination. If a cancer is present then tiny bits of the tumor are also carried with the secretions and we can detect these in the urine. As the prostate is constantly secreting the levels of biomarkers in the urethra will build up with time. Collecting from the first wee of the day means that overnight secretions can be collected which makes the analysis more sensitive and more robust.

Before this, men would turn up at the hospital, nerves would inevitably mean that they would have a wee before they saw the doctor and all the secretions would be flushed away. To get around this, urine was collected after a digital rectal examination of the prostate in the clinic whereby the doctor would stroke the prostate with their finger pushing prostate secretions into the urethra shortly before urination. The patients really don’t like this examination and the feedback we have had from the At-Home Collection Kit has been really positive.

What led you to carry out this research?

Current clinical tests for prostate cancer can have both false positives and false negatives. A better means of detecting cancer, aggressive cancer in particular, is needed. The position of the prostate below the bladder and its secretory function led us to believe that the answer lay in the investigation of urine. It’s non-invasive and has the potential to sample the whole prostate in one go.

What were the key conclusions; what impact do you foresee this research having?

This could revolutionize the collection and analysis of urine samples for prostate cancer diagnosis and prognosis. The at-home collection from the first wee of the day has improved the sensitivity for prostate cancer biomarkers and has also improved the robustness of the test as it now does not rely on the efficiency of the digital rectal examination which is highly variable between clinicians.

What work are you hoping to do next in this area?

We have just been refunded for the next stage of development of the at-home collection PUR test by a Movember and Prostate Cancer UK Innovation award – this will involve recruitment of ~1500 men in the UK, Europe and North America in a 3-year Validation study. We hope that the at-home PUR test could be used in hospitals in 5 years’ time.

Could microRNA be the key to treating bile duct cancer?
12 Feb 2020Cancer research

Could microRNA be the key to treating bile duct cancer?