The future of cancer diagnosis could be in the veins

A novel microfluidic chip to separate components in blood samples could put an end to invasive solid tumor biopsies for cancer diagnosis. 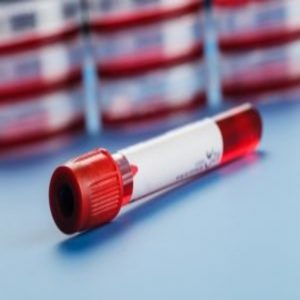 A team of researchers from the National University of Singapore has developed a new platform to separate biomarker-containing vesicles from blood samples, which may pave the way for a much less invasive form of disease diagnosis.

Extracellular vesicles in the blood contain and transport biomarkers for various diseases, including cancers, and cardiovascular and blood diseases. If captured, these biomarkers could be used to diagnosis different diseases. However, it is currently very difficult to isolate the vesicles as they are between 30 and 100nm in size.

Until now, methods to extract vesicles have been time-consuming, expensive and tedious, with low throughput and poor purity. Hence, the current “gold standard” of cancer diagnosis is the invasive solid tumor biopsy.

The study, published in Biomicrofluidics, demonstrated that the team’s method successfully separated the vesicles from sample blood in less than 8 minutes. This is 100-fold faster than the high-speed ultra-centrifugal method that has been used in the past.

In order to achieve this, a blood sample is added to an inlet on a specially designed microchip, which is then placed into the centrifugal nanoparticle separation and extraction (μCENSE) platform. The system is loaded onto a standard benchtop centrifuge and spun. Pressure is generated, forcing the blood sample through microscopic channels on the chip.

“As we spin the microfluidic chip, the sample in the inlet starts to migrate or move into this curved channel,” explained study leader, Chwee Teck Lim.

“Once there, the centrifugal forces start to separate the smaller vesicles from the larger particles, because the forces acting on the different sized vesicle are different. So, as they move from inlet to outlet, they start to separate into different zones. The smaller particles remain near the inner wall of the channel and the larger particles move towards the outer wall of the channel, and this separates them into two outlets.”

Once the vesicle is extracted, it can then be tested for any biomarkers in its contents. It is hoped that this technique will one day be utilized to identify biomarkers for cancer diagnosis. For now, the team will continue to work on developing the method to increase its throughput.