Why Are Radishes Good for Your Heart? - BioTechniques

A radish a day keeps cardiovascular disease at bay

A giant Japanese radish could help protect against heart disease. 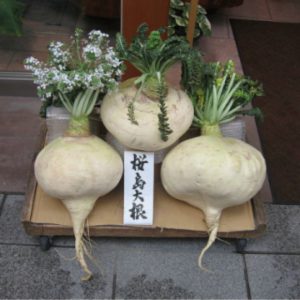 A team of researchers from Kagoshima University (Japan) has discovered that a common, giant Japanese radish – the Sakurajima Daikon – could prevent heart disease and stroke. This finding could lead to the discovery of similar compounds in other vegetables as well as the development of novel drug treatments.

In the study, published in ACS’ Journal of Agricultural and Food Chemistry, the researchers detail how the exposure of human and pig endothelial cells to extracts of Sakurajima Daikon induced more nitric oxide production than other Japanese radishes. They were able to confirm these results utilizing a number of different analytical techniques, including fluorescence microscopy.

Nitric oxide is a key regulator of coronary blood vessel function and prior to this study, very little was known about the effects of the radish on nitric oxide production. It was known that radishes are good sources of antioxidants and there were reports of them reducing high blood pressure; however, it was not known that the effects of the Sakurajima Daikon were greater compared with other radishes.

The researchers discovered that the active compound in the giant radish was a hormone termed trigonelline. The role of this hormone appears to be in the initiation of a cascade of changes within coronary blood vessels, resulting in improved nitric oxide production.

It is now hoped that similar properties may be found in other vegetables. There could also be potential to produce new drugs for the treatment of cardiovascular disease based on these findings.