Are the current policies for cell research from human samples stringent enough to protect us from unwanted immortality? 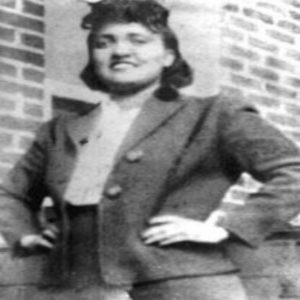 The newly released movie, ”The Immortal life of Henrietta Lacks,” based on a book by Rebecca Skloot , narrates the story of the woman behind HeLa cells. Lacks was a tobacco farmer who was diagnosed with cervical cancer in the 1950s when cell culture techniques were not well established. Scientists at John Hopkins hospital obtained her cancer cells from a biopsy and surprisingly found that they survived in culture; in fact, they thrived and eventually became the first immortal human cell line.

Lacks’s family remained unaware of this scientific breakthrough until several years later. “She didn’t donate nothing; they took them and didn’t ask!” laments a family member in the movie. “If this [donating cells] is something that’s going to help mankind, I can’t imagine someone not wanting to help, but be forthright.” Later on, researchers collected blood from her children for research on the rapid growth of HeLa cells. They neither provided information about the study nor obtained consent for their participation.

This story highlights an important underlying issue that continues today. Do we now protect patient rights when using their tissues for research? Under current law, “You need to get consent for removing tissue and within that you have to say what you are going to be using it for,” explained Alistair Aaronson, a clinical researcher at Stanford University School of Medicine.

Current regulations follow the ”Common Rule” established by the U.S. Department of Health & Human Services (HSS) in 1991. According to this rule, scientists need to obtain informed consent from subjects before collecting cells purely for research purposes. The consent form should additionally include details of the research, the extent of confidentiality, any foreseeable risks to the subject, and the potential benefits to the subject or others. “So, what happened to Henrietta and her family in the seventies is now illegal,” Skloot mentioned on Twitter.

There are certain loopholes in these regulations regarding the requirement for consent. A spokesperson at the HSS explained, “Where there is no need to actually interact with the patient – where the tissues or cells are in a pathology lab or in a tissue bank, for example – the rules are different.” In this case, researchers do not require consent from the subject, as long as the identity of the person whose tissues or cells are being used is not revealed.

Opinions concerning this issue differ. While some people may be open to contributing to research, others might feel more possessive of their discarded cells. Aaronson doesn’t see an ethical issue if using samples causes no active harm, physical or otherwise, to anyone involved. Skloot, however, stated in a recent “Conversations in science” public event that such a lack of transparency may cause the public to mistrust researchers. She added that this mistrust has led to the reluctance of certain communities to join research studies based on the history of racial and economic disparity in medical research.

To increase transparency between researchers and subjects, the HSS recently proposed amends to the Common Rule to improve regulations regarding informed consent of patients. However, some members of the scientific community opposed a clause requiring consent from subjects for using non-identifiable samples for research because it would create additional administrative burdens. As a result, this clause remains unmodified in the final draft of the rule, which will go into effect in 2018.

The HSS website states that research subjects can better ensure their own safety in clinical trials by a more thorough understanding of the process. “To this end, we recently produced some informational videos and other materials geared toward potential research volunteers to help them determine whether participating in clinical trials is the right decision for them,” the HSS spokesperson stated.

Jailing Jiankui: a barrier to progress or a vital verdict?

On the quest to immortality: how close can humans get?