The drug discovery process is plagued by late-stage failures. Could miniature hearts help the problem? We spoke to Kevin D. Costa to find out. 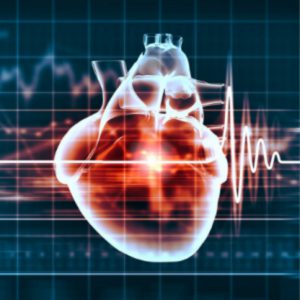 Kevin D. Costa is associate professor of medicine (cardiology) at the Icahn School of Medicine at Mount Sinai (NY, USA). He earned his BSc and MSc degrees in biomedical engineering from Boston University (MA, USA), and his PhD in bioengineering from the University of California, San Diego (CA, USA).

Following postdoctoral fellowships at Johns Hopkins University (MD, USA) and Washington University in St. Louis (MI, USA), Costa joined the faculty at Columbia University (NY, USA), where he was associate professor of biomedical engineering and co-director of the cardiac biomechanics group. In 2009, he was recruited to the Cardiovascular Research Center at Mount Sinai to direct a research program in cardiovascular cell and tissue engineering. 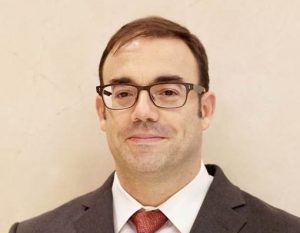 Novoheart recently created miniature hearts from human stem cells in a world-first. Could you tell our readers about this research?

This was a culmination of 20 years of research that started with tissue engineering of heart tissue, originally using rat cells. Engineered tissues are surrogates for natural heart tissue and comprise living biological cells inside a matrix material, which are organized into a structure that reproduces some aspects of native tissue.

For heart tissue we use cardiomyocytes, cardiac accessory cells and cardiac fibroblasts, among others, inside a collagen matrix in an effort to reproduce the contracting function of heart tissue. We would make these into a tissue strip that we could use to measure contractile function. Originally, the whole field was doing this using cells isolated from baby rat hearts. That was interesting as we could make unique measurements in a system where you could control the environment and biocomplexity more carefully than in a natural heart, but it was more physiologic than just cells on a Petri dish.

It became apparent as these tissues became more sophisticated that there would be value in trying to make these out of human cells. At that time I met Ronald Li, who was an expert in human cardiac stem cells and human cardiac electrophysiology, and was also a faculty member at Mount Sinai. This complemented my background in cardiac tissue engineering and biomechanics perfectly as a way to move forward to try and create human engineered heart tissues. The idea was that, instead of using rat cells, we would use human stem cell-derived cardiomyocytes, and instead of just mimicking a thin piece of heart muscle, we would try to create a living, pumping miniature heart.

We published some of this work around 5 years ago, and at that time we thought there would be value in being able to market this engineered cardiac tissue technology as a system for next-generation drug development and screening, to provide human heart tissue that could fill the gap between animal testing and clinical trials, with the idea that you could test compounds in a human-based system early in the drug development process. This could help to reduce failures later in the process.

This led to us founding Novoheart around 2014, together with co-founder Michelle Khine, a bioengineering colleague at UC Irvine (CA, USA) and a serial entrepreneur. At that time we also recognized that, as valuable as little strips of muscle would be, a more physiologically relevant construct would be to provide an engineered tissue that could reproduce some of the key measures of heart function that cardiologists are used to thinking about, such as cardiac output, blood pressure and stroke volumes, and so on. That was not possible with any of the existing human tissue constructs and required a completely different hollow chamber geometry.  My research group had done that 10 years prior with rat cells, so this was an opportunity to take that technology to the next level by making a human heart chamber. This was a focus of our collaborative research for a few years and culminated in our human mini heart.

How does the mini heart work?

It is a miniature ventricular heart chamber, essentially reproducing one of the four main chambers of the human heart. It’s a version of the human heart, about 1 cm in diameter and with a wall thin enough to not need a blood supply and some of the complexities that are necessary to keep a native human heart alive. With this we are able to reproduce some of the key responses to mechanical loading, electrical stimulation, and drug treatments to better understand how they behave in the human heart.

Would this technology be suitable to link up with more mini organs?

Our goal as a company is to revolutionize drug discovery and development, and the idea is to bridge the gap between animal models and humans. We think the mini hearts are an important step in that direction because they are heart-like and human-based and give us key clinical measures; however, they represent a heart in isolation, and if we want to understand how human patients respond to drugs we will have to think ahead in terms of the systems-level interactions between the heart and other important organs in the body.

An example of this is when testing drugs for toxicity. The drug might be effective for something like cancer or arthritis, but could be toxic to the heart, and that would obviously have negative consequences for the patient. What we would like to be able to do is provide a system that can test these compounds in the human mini-heart to ensure safety, among other things. Often compounds directly affect the heart, so you could test their safety directly on a human heart organoid. In other cases the drugs are first metabolized by cells in the liver or other organs and it might be the metabolites that could have negative consequences on the heart. Integrating the heart with other mini organoids is an important future step because the heart doesn’t act in isolation.

Our company is not just based on biologics. We also have a laboratory in California that specifically focusses on the hardware and software technologies that are required to support this kind of effort. In particular, there are devices called bioreactors that are used to culture, stimulate and test the function of these human-engineered tissues. For the heart you need a sophisticated culture environment that includes mechanical loading, electrical stimulation, and fluid exchange, along with long-term monitoring and visualization and automated data acquisition and analysis.

We have developed bioreactor technology that allows us to measure the function of these human mini hearts. We’ve designed these bioreactors so that each heart is in its own instrumented cartridge that plugs into a module that holds four of these organoid cartridges, and these modules can be stacked sort of like Lego bricks; each can plug into the next in multiples of four. That’s been designed to increase the throughput of our measurements with the heart organoids.

The individual cartridges can house heart organoids under different experimental conditions, or could even handle a different kind of organoid, and you could then connect the two using microfluidics to allow one to talk to the other. That’s how we’re looking to develop this technology – looking to a future where we are able to interconnect these different types of organoids to create more sophisticated systems models.

How do you create the mini hearts?

The source of the organoid cells is ventricle-like cardiomyocytes differentiated from human pluripotent stem cells. Depending on the source of stem cells that you use, you can create cardiomyocytes with different characteristics.  For example, Friedreich’s Ataxia is a neuromuscular degenerative disease that is characterized by a decrease in the expression of the FXN gene, which is quite a specific target; Friedreich’s Ataxia often has lethal consequences for patients mainly due to associated heart complications. There’s two ways to create an organoid model of a genetic disease of interest, such as Friedreich’s Ataxia.

We were able to model this disease by taking healthy stem cells and knocking down FXN expression in the cell. The other approach was to obtain a cell sample, for example a skin cell sample, from a patient that has Friedreich’s Ataxia – the skin cells carry the mutation and we can reprogram the sample, using induced pluripotent stem cell technology, into an induced stem-like cell. We can use our directed differentiation process to create cardiac myocytes that represent a patient with Friedreich’s, and those cardiomyocytes are the building blocks we use for our engineered tissues.

We have created a suite of different engineered tissue constructs, known as the MyHeart™ Platform, including a proprietary procedure that we use to obtain a very high purity of ventricular-specific cardiomyocytes. That’s important because different kinds of disease affect different parts of the heart, and we’ve been focusing on diseases that affect the ventricles. We use the ventricular cardiomyocytes to create different assays that can comprise the platform, and the well-defined cardiomyocyte population reduces variability and makes it easier to interpret the resulting measurements.

The first assay is a layer of aligned cells that has been designed to reproduce the anisotropic electrical properties of the heart. Alignment is very important to the electrical conduction of the heart muscle – the electrical conduction propagates more quickly along the cell length than perpendicular to the cells, and that’s important to mimic in an assay that’s used for testing cardiac electrophysiology.  This technique, the anisotropic sheet assay, is very sensitive at picking up arrhythmias caused by drug interventions or by disease processes. We used that assay to test the electrophysiological properties of Friedreich’s Ataxia tissues and showed that we could reproduce characteristics known to occur in patients with Friedreich’s Ataxia.

Our second assay is a cardiac tissue strip that’s 10 mm long and 0.5 mm in diameter. It’s got built-in sensors to detect how much force the tissue is generating. Rather than electrophysiology, this is to look at contractility. Friedreich’s Ataxia patients also have problems with contractility, with weakened heart tissue, and we were able to show a depressed contractile function of these engineered tissues with these strips.

Finally, when we created the human heart chambers, our highest level MyHeartTM assay, we were able to verify that the characteristics of Friedreich’s Ataxia that we were seeing in the simpler assays were manifested in the more complex heart-like organoids, with some aspects demonstrating an even more dramatic disease phenotype.

What’s next for this research?

This was a project in combination with the rare diseases group at Pfizer (MA, USA). They had been developing some potential therapies for Friedreich’s Ataxia, but were suffering from the lack of reliable animal models for Friedreich’s-related heart disease.  This was the motive for developing the Novoheart models, and we recently presented the results at conferences of the International Society for Stem Cell Research (Melbourne, Australia) and the Safety Pharmacology Society (Washington, DC, USA). Following the success of that project, we are now intending to test a series of compounds in terms of efficacy to see if it might be beneficial to move them onto clinical trials.