New in vitro model of schizophrenia brain may assist in developing novel therapies for psychiatric disorders. 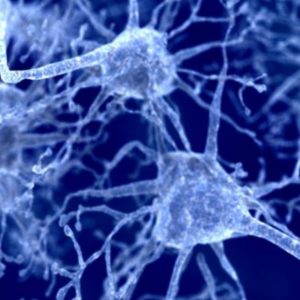 A team of researchers from McLean Hospital (MA, USA) has developed a new way to model the abnormal oligodendrocytic development that occurs in a schizophrenic brain. The research, recently published in Translational Psychiatry, demonstrates a new way to observe the cells of the nervous system in an in vitro setting, something that could be significant in the development of novel psychiatric therapeutics.

To facilitate fast neuronal transmission, the axons of neurons are surrounded by an insulating layer known as the myelin sheath. Loss of myelin is a factor in many neurodegenerative and psychiatric disorders and can lead to slower neuronal communication, often resulting in cognitive impairments. Within the central nervous system, myelin is produced by oligodendrocytes, a type of glial cell.

Prior studies have shown that one feature of many psychiatric conditions, including schizophrenia, is alteration of neuronal pathways, inaccurate connections and ‘leaks’ during signaling between nerve cells. These ‘leaks’ can be associated with the reduced myelin found in the brains of schizophrenic individuals as the neurons have lost its insulating effect.

Building on past research, the team took a repository of cell lines obtained from patients with psychiatric disorders. Through inducing pluripotency and reprograming the skin cells into cells of the nervous system, a mix of neurons and glial cells, they found significant abnormalities in oligodendrocyte development.

They also found a strong correlation between the development of oligodendrocytes in culture and the levels of myelin found in the same patient’s brain. When discussing the meaning of the findings, senior author Bruce Cohen commented, “we can now study the causes of the abnormality of myelin that we have observed in living brain tissue in a laboratory setting.”

The ability to model the abnormal connections of a schizophrenic brain in in vitro conditions may make it easier to identify the differences in proteins and gene expression in the cells, something not possible in living brain tissue. This could be utilized for the development of new, better treatment options for psychiatric conditions: “Using in vitro cell cultures to study these abnormalities could help us identify specific genetic and biochemical targets that might be addressed by novel drug treatments, cell transplantation, or other interventions,” Cohen added.