Embryonic cells need to divide, fast. But mess with their chromatin, and they’ll stall. 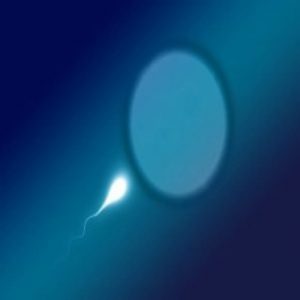 The moment a sperm and egg fuse, they become something special: a totipotent zygote cell, fast-dividing and able to develop into any other kind of cell. Now, researchers report in Genes & Development (1) that there’s something special about zygotic DNA at that point: the histones lack key methyl groups that would otherwise stifle genome replication and constrain development.

Scientists from the Helmholtz Zentrum Muenchen in Munich, Germany focused on the triad of methyl groups frequently attached to histone H4 at lysine 20 (H4K20me3). These methyl groups tend to disappear once the zygote completes its first division, and they don’t reappear until the embryo implants into the uterus.

The enzyme SUV4-20H2 methylates H4K20, and the authors observed in mouse zygotes that its mRNA levels dropped after the initial cell division. To artificially re-create H4K20 triple methylation, they used microinjected mRNA to overexpress SUV4-20H2 in zygotes, resulting in cells containing H4K20me3-modified chromatin. This treatment arrested development, trapping most zygotes in the one- or two-cell state with the cell cycle usually halted in the middle of S phase.

Because H4K20 methylation can signal broken chromosomes, the authors suspected that the abnormal epigenetic pattern activated the DNA damage checkpoint, halting genome replication. Indeed, the cells contained proteins associated with DNA damage response: CHK1 and phosphorylated CHK2. Treating the SUV4-20H2-expressing cultures with an inhibitor of the checkpoint pathway allowed more than 70% of embryos to develop beyond the two-cell stage, compared to fewer than 50% of untreated embryos.

The authors concluded that the reason for SUV4-20H2 deactivation and H4K20me3 loss during early embryo development is to allow DNA replication, and thus cell division, to proceed apace. They suspect that if SUV4-20 stays active, the abnormally methylated histones act as additional origin sites for DNA replication. This would result in more DNA unwinding into single strands, confusing and activating the damage checkpoint response.

Sari Pennings of the University of Edinburgh, U.K., who was not involved with this work, said the study presents a novel role for H4K20 triple methylation, which her group previously linked to the constitutive heterochromatin at centromeres that manages chromosome segregation (2).

“Are the conclusions of the present study valid for other mammals, including human embryos, and can assisted reproductive technologies be improved by protecting this process in vitro?” wondered Pennings, adding that H4K20me3 is also worth studying in cancer, where its loss has been linked to a poor prognosis.

Closing the loop on genome folding