Microscopic plates have been designed and used to control the growth of model neurons. 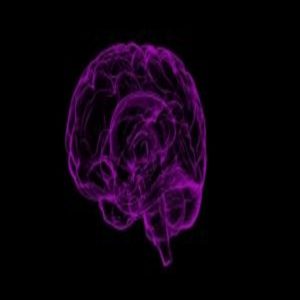 Researchers at the University of Tokyo (Japan) have developed a new technique to grow neurons along microscopic plates allowing control of the direction of growth and the connections made. The results, published in Micromachines, provide a model that has the potential to transform our understanding of the brain through a clearer representation of its structure and organization in experimental models.

There are billions of neurons with countless more connections, or synapses, in the brain. Therefore, models of the brain are often simplified to help scientists understand this extremely complex organ.

However, simplification brings its own problems. It limits the scope of an experiment and does not truly represent the in vivo environment of the brain, as author Shotaro Yoshida explains:

“In vitro culture models are essential tools because they approximate relatively simple neuron networks and are experimentally controllable. These models have been instrumental to the field for decades. The problem is that they’re very difficult to control, since the neurons tend to make random connections with each other. If we can find methods to synthesize neuron networks in a more controlled fashion, it would likely spur major advances in our understanding of the brain.”

Using their knowledge of how neurons grow, the team developed a microscopic plate that would guide the growth of the neuron in a desired way. Once the growth is controlled it is then easier to make specific connections between the neurons.

“What was especially important in this system was to have control over how the neurons connected,” Yoshida adds. “We designed the microplates to be movable, so that by pushing them around, we could physically move two neurons right next to each other. Once we placed them together, we could then test whether the neurons were able to transmit a signal.”

To test their connections, the team passed electrically charged ions that cause the neuron to light up through the synapse. They found that both neurons lit up, demonstrating the connection had been made.

The group is working to refine its system and is excited about the future implications of the work. Fellow author Shoji Takeuchi sums up:

“We believe the technique will eventually allow us to design simple neuron network models with single-cell resolution. It’s an exciting prospect, as it opens many new avenues of research that aren’t possible with our current suite of experimental tools.”