A novel, rapid and cost-effective, protocol for creating mini-brain organoids directly from primary cells has been developed. 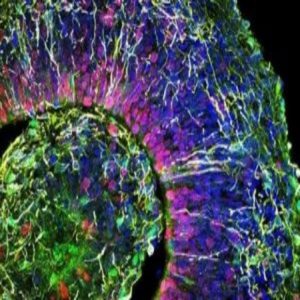 Researchers from the University of California, San Diego School of Medicine (CA, USA) have developed a new protocol for creating mini-brain organoids directly from primary cells. It is hoped this will enable the more rapid, cost-effective production of human brain organoids.

The development of in vitro human organoids over recent years has allowed the more realistic study of cellular functions, diseases and treatments. Single-cell studies cannot replicate the complicated neural networks and research on embryos is limited by ethical concerns.

“Cerebral organoids can form a variety of brain regions. They exhibit neurons that are functional and capable of electrical excitation. They resemble human cortical development at the gene expression levels,” explained Alysson Muotri, senior author and director of the University of California, San Diego Stem Cell Program.

However, human brain organoids have previously been difficult and expensive to produce. Pluripotent stem cells that are capable of becoming any kind of cell must first be generated from skin cells – or fibroblasts. They must then be directed to differentiate into a variety of cell types that comprise an organ.

The new method, published in Stem Cells and Development, has compressed and optimized several of the steps involved so that somatic cells form cortical organoids with only minor involvement.

“What we’ve done is establish a proof-of-principle protocol for a systematic, automated process to generate large numbers of brain organoids,” concluded Muotri. “The potential uses are vast, including creating large brain organoid repositories and the discovery of causal genetic variants to human neurological conditions associated with several mutations of unknown significance, such as autism spectrum disorder. If we want to understand the variability in human cognition, this is the first step.”

Getting to know the tumor microenvironment with novel organoids