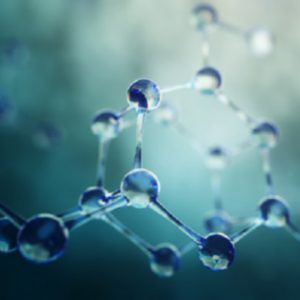 The shape of molecules is critical to their function. For example limonene, which is responsible for the taste of citrus fruits, takes like turpentine when re-shaped. Thiophosphate linkages are used to connect nucleosides, and are thus critical for shape.

This changing of function depending on shape holds great interest in the search for new and improved therapeutics. However, until now, generating stereoisomers of drugs for evaluation has been a complicated and imprecise process.

The new technology is named phosphorous-sulfur incorporation (PSI) and acts like a ‘glue gun’ for nucleotides, creating oligomers with preprogrammed configurations at the thiophosphate linkage.

"Thiophosphate-based nucleotide compounds represent remarkable therapeutic potential, but our understanding of these systems has been hindered [by] an inability to easily control the stereochemistry of the thiophosphate during drug synthesis," explained Phil Baran (Scripps Research Institute).

“PSI provides a robust and stereo-controlled method of synthesizing oligonucleotide drugs, allowing us to create, analyze and manufacture stereoisomers of a drug candidate in ways that were previously only possible with expensive and inefficient methods.”

These previous methods used the phosphorus(III) oxidation state. However, P(III) does not allow researchers to accurately control the 3D shape.

"Using P(III) chemistry to produce even a modest amount of the compound as a single stereoisomer is challenging, making it difficult to fully assess the impact of molecular shape on biological function," commented Justine deGruyter (Scripps Research Institute).

This led to the team exploring the use of P(V), which is less reactive than P(III), and has previously been overlooked as this greater stability makes it difficult to use. However, the researchers postulated that its higher stability would result in better control over the process. This resulted in their development of the PSI tool.

The group went on to use PSI to generate stereoisomers of cyclic dinucleotides (CDNs), which are drug candidates generating excitement in the cancer immunotherapy field.

“CDNs show incredible promise for activating the immune system against cancers, but until now there was no simple way to control their stereochemistry,” noted Kyle Knouse (Scripps Research Institute). “The ability to efficiently and inexpensively create pure stereoisomers will provide a powerful tool to advance CDN research.”