What is the Maillard Reaction? the Science of Cooking - BioTechniques

The miracle of the Maillard reaction

As your Thanksgiving turkey roasts in the oven, what is actually happening to turn the skin golden brown and give the meat its delicious taste? 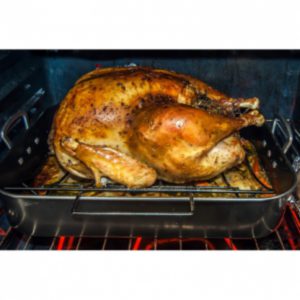 What is the Maillard reaction?

The Maillard reaction is a process ubiquitous in the culinary world, it occurs every time you make toast, bake cookies and roast meat, but to most people it is simply known as ‘browning’, a name that only really addresses one of its effects. The Maillard reaction, named after French chemist Louis-Camille Maillard in 1910, is responsible for the brown colorization and, more importantly, the generation of a wide variety of flavors when foods are cooked at a high heat.

“As we cook these foods at high heat and in the absence of water, the sugars and proteins naturally contained in them react together and form a mixture of molecules, which give food a brown hue when light bounces off them.” Bressanini goes on to describe how “depending on which sugar reacts with which amino acid, the Maillard reaction also produces a series of characteristic flavors—from malty to meaty—which we associate with roasted, grilled, and seared dishes.”

In a little more detail, when the sugars and proteins reach a temperature above 280oF, the carbonyl group of the sugar reacts with the amino group of the amino acids producing an unstable N-substituted glycosylamine which then undergoes Amadori rearrangement to form a ketosamine. These ketosamines can then react to form a multitude of products from reductones, diacetyl, aspirin and pyruvaldehyde to brown nitrogenous polymers and melanoidins. It is these diverse end products that produce distinct flavors of different foods.

At each stage of the process, water is released as a by-product. This means that in an environment with a high water concentration the reaction is inhibited, which accounts for why the reaction doesn’t occur when foods are boiled or stewed.

So as the turkey roasts and the vegetables brown you will have an idea of the complex chemistry that creates a beautiful Thanksgiving meal.