CRISPR/Cas9 has proven itself as a genome editing system in many organisms. What more can be learned from its use in Rhesus monkeys? 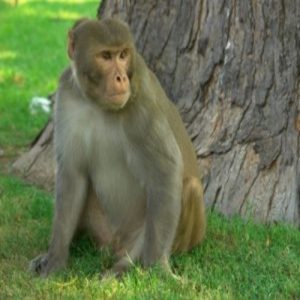 Within a few short years, the CRISPR/Cas9 system has revolutionized molecular biology. The technique is fairly straightforward: guide RNAs precisely lead the Cas9 endonuclease to introduce nicks at specific sites in genomic DNA where exogenous DNA can be introduced through recombination. Now, writing in Human Molecular Genetics, a group led by Keith Latham at Michigan State University answers some deeper questions about how CRISPR/Cas9 works. Using Rhesus monkey embryos, they quantified the efficiency of this editing system.

Latham and his colleagues designed four assays targeting a portion of the hemoglobin B (HBB) gene in embryos. First they microinjected a single guide (sgRNA) and Cas9 wild-type (Cas9wt) mRNA. Next they microinjected Cas9wt protein and a single sgRNA. Finally, they used a Cas9 nickase mutant mRNA, which encodes a variant that introduces double-stranded DNA breaks for enhanced editing fidelity with either one or two sgRNAs. In each test, they also included a single-strand DNA template to allow homology-directed repair.

The group also examined what cell stage editing events took place to determine when editing was most efficient, and how timing contributes to genetic mosaicism. They found that editing was most efficient on a per-template basis during the 1-cell through 4-cell stages; after that, it declined significantly. They also observed significant mosaicism because editing events with different outcomes occurred in multiple cells. “It became clear that continued editing beyond initial cleavage stages is generating genetic mosaicism, which we would like to avoid,” Latham noted.

Despite these factors, there was very little off-target editing with properly designed sgRNAs. The team even observed editing of both parental alleles for about 1 in 35 embryos.