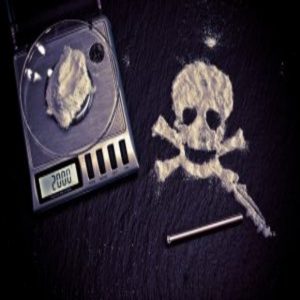 Recent research conducted at the University of Chicago (IL, USA), led by Ming Xu, has identified an approach to arrest cocaine dependence and prevent overdose. This could prove highly valuable, with over 900,000 Americans, and many more around the world, addicted to the drug. The technique involves transplanting skin cells that  have been manipulated to include a gene that imparts the ability to degrade cocaine.

CRISPR was used to insert the human BChE (hBChE) gene that codes for the enzyme butyrylcholinesterase (BChE) into basal progenitor skin cells from new-born mice. BChE degrades cocaine but is rapidly broken down itself, meaning it has thus-far been ineffective in the treatment of cocaine.

With the hBChE gene established in the skin cells, Xu describes how they used: “a technology, developed by my colleague Xiaoyang Wu, to put genetically modified skin cells back into an immunocompetent recipient.” This technique allowed them to prepare skin organoids, grown from the skin stem cells containing the additional hBChE gene, and then transplant them back into the original cell donors.

With these modified skin organoids successfully transplanted and displaying typical epidermal stratification, proliferation and death, the subject mice were in receipt of a continual supply of BChE, expressed and released from the organoids into the bloodstream. These mice were now capable of significantly faster cocaine removal, and when exposed to doses that were fatal in 100% of untreated mice, they survived. Furthermore, the mice receiving the gene therapy were less likely to seek out cocaine by returning to sites that had, hitherto the treatment, been associated with it.

The skin grafts continued to produce BChE at a constant concentration for more than 10 weeks, indicating that skin, as a transplant target, provided protection to any immune response to the modified cells. The eldest treated mice have gone on to survive for over a year and continue to express healthy behaviour. The authors concluded that basal progenitor skin cells: “can be successfully employed for ex vivo gene therapy, as efficient genetic manipulation is possible with minimal risk.”

The implications of this research are far-reaching in our society, with the potential to reduce drug-dependence and protect against overdose on cocaine and possibly other substances such as opioids, nicotine and alcohol. Further research is underway to test the new technology in a human model and make it available to the public, where it could play a vital role in tackling addiction.

Devil stem cells to the rescue

How deep immune profiling can be used to improve personalized medicine in the face of a pandemic: an interview with Frank Staal

The secret life of platelets