Viral vectors are proving their worth in CRISPR applications. 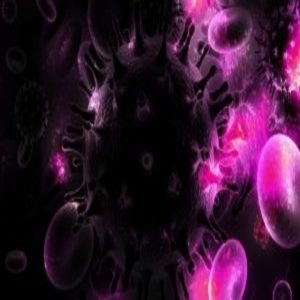 Viral vectors mainly consist of four types: retroviruses, lentiviruses, adenoviruses and adeno-associated viruses (1). They play a huge role in gene therapy, being the vessels that enable the transfer of a gene into a desired cell.

Researchers first developed viral vectors in the 1970s, based upon retroviruses (2). These vectors could insert genetic information into the genome; however, they could only do so in actively dividing cells. Other vectors based on adenoviruses were developed, which could not achieve long-term transgene expression as in the retrovirus model, due to limitations in that they could only infect non-dividing cells.

Lentiviruses are characterized by an envelope, capsid and a RNA genome. The lentiviral vector was engineered so it did not contain any viral-coding genes whilst maintaining genes for replication and viral packaging. There is room for the gene of interest to be cloned.

They can target specific cells with a very high selectivity and their efficiency in most commonly used cell lines is very high, so it is easy to achieve a 100% delivery rate. It is also possible to target both dividing and non-dividing cells with a lentiviral vector as well as primary and hard-to-transfect cells.

It may seem strange but recent scientific developments (4) have utilized the HIV-1 modified lentiviral vector to deliver a CRISPR/Cas9 system to cells in the hope of thwarting HIV-1.

HIV-1, the predominant and most commonly referred to HIV virus, accounts for 95% of HIV infections worldwide (5) and affects more than 35 million people (6).

It can be controlled by antiretroviral therapy but there is no complete cure due to the difficulty with eradication of infected cells, as the viral gene is inserted into the infected cell’s chromosomes.

Genome editing, particularly the CRISPR/Cas9 system, has the potential to allow the removal of these inserted HIV-1 genes.

This study, published in Scientific Reports, has targeted two genes that regulate the proliferation of HIV-1, known as tat and rev. The team of researchers from Kobe University (Hyogo, Japan) designed six types of guide RNAs (gRNAs) to enable specific genome editing using the CRISPR/Cas9 system. Three gRNAs were developed to target the tat gene and three were developed to target the rev gene.

The gRNAs and the Cas9 enzyme were packaged into a lentiviral vector, so the gRNA could direct the Cas9 to the relevant sites in the DNA. They then introduced the system to cultured cells, demonstrating that they were able to effectively halt expression of the target genes. There were also no detectable off-site mutations in the DNA of the human T cells.

“These results show that the CRISPR/Cas9 system, by targeting the regulatory genes of HIV-1, tat and rev, is a promising method for treating HIV infection” commented associate professor Masanori Kameoka.

“We now need to investigate how we can selectively introduce a CRISPR/Cas9 system that targets HIV-1 genes into the infected cells of patients. In order to safely and effectively introduce the CRISPR/Cas9 system the vectors must be improved. We hope this research will provide us with useful information in developing a treatment method that can completely cure the HIV-1 infection.”

The researchers believe this study may offer a new approach for “functional cures”; however, there is still work to be done in improvements to the vector system and moving the in vitro studies in vivo. The CRISPR system also targeted gene expression in infected, non-dividing CD4+ T cells enabling sustained transgene expression, proving the worth of lentiviral vectors in this context.

“Based on the rapid advances being achieved in CRISPR/Cas9 research, a HIV-1 functional cure may soon be within reach.”

Are viral vectors in it for the long haul?

The use of viral vectors has been and should be approached with caution in any application. However, scientists and manufacturers are working hard to ensure the biosafety of viral vectors.

Lentiviral vectors are prepared so they can only target specific cells and are deficient of any viral-coding genes, meaning there will be no virus produced after infection of the target cells. They are currently considered to be biosafety level 2, which is of a similar level as tissue cultures – tissue cultures should be at least biosafety level 2.

Despite this, progression in advances of non-viral DNA vectors is slowly being made. Whether or not non-viral vectors will outshine their viral counterparts remains to be seen.

Welcome to the first BioTechniques Spotlight!