Recent research demonstrates that small molecule activation of the protein KCC2 can reactivate dormant nerve pathways after spinal cord injury in laboratory mice. This molecule may have immense potential as a therapeutic. 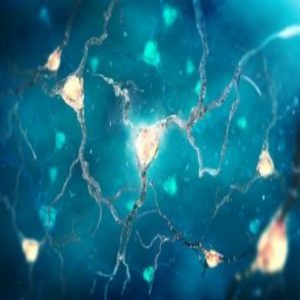 Even though most spinal cord injuries involve complete paralysis from the injured region down, some neurons in the spinal cord are spared from complete damage. Recent research, led by Zhigang He at Boston Children’s Hospital (MA, USA), may provide insight into how to reactivate these dormant nerve pathways. Adding a small molecule called CLP290 was shown to restore KCC2 and consequently some functional abilities, such as stepping ability, in paralyzed laboratory mice with spinal cord injuries.

Most research into repairing spinal cord damage has exclusively focused on regenerating the neurons themselves. While stem cell methods of regeneration have been successful, it is still unclear whether these methods can lead to controlled motor movements.

He’s lab took a different approach by aiming to reactivate the dormant spinal circuit. Other research had found that epidural stimulation combined with rehabilitative training allowed some chronically paralyzed patients to regain voluntary movement, indicating that not all neurons were irreversibly damaged.

But, why do these seemingly spared circuits have only a limited ability to allow for movement without external stimulation? The answer is unclear. One hypothesis is that the firing and conduction properties of these neurons are permanently altered after a spinal cord injury.

To examine this further, He and his colleagues utilized a compound screening approach to identify molecules that modulate neuronal activity, can easily cross the blood–brain barrier and could potentially reactivate the dormant neurons. Each compound was given for 8 to 10 weeks via intraperitoneal injection to paralyzed mice that had some nerves still intact.

One compound, CLP290, was especially promising: over 80% of the paralyzed mice regained consistent stepping ability and could partially support their body weight. Electromyography results demonstrated that two previously paralyzed hindlimb muscles were now active. However, CLP290 treatment had no effect on mice with complete lesions and no spared neuronal circuits.

CL290 had been identified previously as an activator of a potassium-chloride ion transporter termed KCC2. When He inserted a vector to selectively overexpress the transporter KCC2, significant recovery was seen in the ankle joint movement and stepping ability of the mice.

Therefore, by either injecting CLP290 or selectively expressing the KCC2 gene, these neurons can once again receive inhibitory signals from the brain. As these neurons are inhibitory neurons themselves, the overall circuit becomes more excitatory, which reactivates the dormant nerve pathways.

“Restoring inhibition will allow the whole system to be excited more easily,” He explains.

But He cautions that the balance between excitation and inhibition is hard to strike. “Too much excitation [is] not good, and too much inhibition is not good either. You really need to get a balance. This hasn’t been demonstrated in a rigorous way in spinal cord injury before.”

He and colleagues are now examining methods to reactivating KCC2 in the inhibitory neurons. Direct manipulation of the neurons does not produce a long-lasting effect, so other methods such as broadly targeting excitatory neurotransmission with agonists are also being examined. CLP290, in particular, is a promising therapeutic due to its negligible side effects, even in high doses.

“We are very excited by this direction. We want to test this kind of treatment in a more clinically relevant model of spinal cord injury and better understand how KCC2 agonists work,” He says. Indeed, the clinical potential of KCC2 agonists as a therapeutic is immense.

Putting Some Muscle into Planarian Regeneration

10 MAY 2017 BIOENGINEERING AND BIOPHYSICS