New research has shown that decision making is influenced by variation in the functional brain connectome. 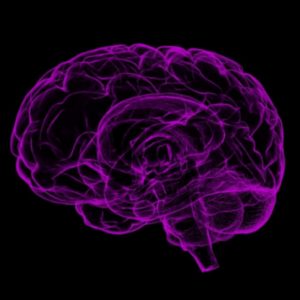 A new study from researchers at the University of Illinois (IL, USA) has found that the different ways in which people make decisions may be due to differences in specific brain networks. The study, published in Human Brain Mapping, is one of the largest experiments of differences in decision making conducted to date. 304 healthy adult participants took part in the comprehensive study.

The team used functional MRI, along with a decision test, to focus on individual differences in decision making, as opposed to previous studies that had focused on groups and similar thinking.

“People often take different approaches to decision-making. They might apply different strategies, consider different elements of the problem or assign value to the options differently. Our research suggests that neurobiological differences appear to be important when accounting for one’s susceptibility to biases in judgment and for understanding their competence in decision-making,” commented co-author Aron Barbey.

The participants of the study were evaluated using the Adult Decision-Making Competence test. The test measures six elements of decision making including “resistance to framing” and “risk perception,” as Barbey explains:

“When making everyday decisions, we may be vulnerable to specific types of errors and biases in judgment. The Adult Decision-Making Competence test allows us to characterize the extent to which people are susceptible to specific types of biases that have been studied in the literature on human judgment and decision-making. A person is thought to be competent in decision-making to the extent that they are able to resist these biases and to make accurate decisions.”

The team also assessed the entire functional brain connectome using fMRI to assess functional brain connectivity in each study participant. They discovered individual differences in decision making were associated with functional connectivity. They also found that expected regions of the brain were active, such as the frontal lobe, which is known to be associated with reasoning and problem solving.

“Research indicates that the brain is functionally organized according to intrinsic connectivity networks, which are known to play a central role in specific facets of intelligence. For example, the fronto-parietal network regulates executive functions, the ventral attention network supports attention, and the limbic network underlies emotional and social processing,” says co-author Tanveer Talukdar.

The group is furthering the research by studying how learning and experience can affect functional brain connectivity.

“Decision-making competence is known to be influenced by lifestyle factors, such as social engagement, diet and physical activity,” Talukdar concluded. “Now we can design interventions that take into account an individual’s functional brain connectivity and the respects in which people differ in their approach to decision-making.”

How to inhibit unwanted thoughts

What happens when the scientific method observes itself?