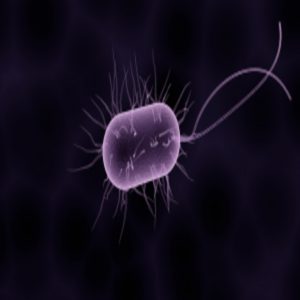 “While the doctor is using the forceps during a medical procedure, a creature clasps itself on to it to escape and then spreads a deadly infection across humans”.

Although this plotline sounds similar to the story of a popular science fiction movie Life, this is actually what Acinetobacter baumannii, multi-drug resistant bacteria that is infecting soldiers in Iraq, does.  The infected indwelling medical devices can increase the mortality of patients by more than 25%.

The antibiotic-resistant properties of these bacteria have been strongly associated with its ability to form biofilms. The formation of biofilms on abiotic objects, such as medical devices, is mediated by finger-like projections called pilli.

In a recent study, published in PNAS, Anton Zavialov from the University of Turku (Finland) and his team investigated the X-ray structure of the pilli. The pilus consists of four protein subunits, CsuA/B, CsuA, CsuB, and CsuE, which form three finger-like projections. They found that these “fingers” were highly hydrophobic and directly mediate the binding of the bacteria to the hydrophobic surfaces of the medical devices.

The pilli of classical bacteria has a binding region complementary to the shape and charge of the region to which it binds. However, in this case, the bacteria non-specifically attaches to cavities of a surface. Authors propose that this method may have evolved in non-pathogenic bacteria to attach to its abiotic surroundings.

“The use of hydrophilic materials instead of hydrophobic plastics in medical devices is another simple and economical solution to reduce pathogen spread”, said Zavialov, the leader of the team who conducted the research.

Further research is being conducted to understand the exact nature of interaction between microbe and the substrate.