Can GABA Cause Depression? Look at the Connection - BioTechniques

One of the NIH’s most wanted bacteria has finally been cultured, leading to a surprising correlation between the human gut microbiome and depression being uncovered. 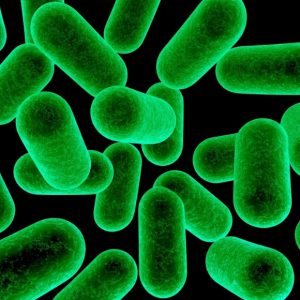 A team of scientists from Argonne National Laboratory (IL, USA) in collaboration with scientists from other research institutions, including Northeastern University (MA, USA), has become the first to isolate the human gut bacterium, KLE1738 using gamma-aminobutyric acid (GABA). In doing this, they have subsequently successfully established a correlation between GABA-producing bacteria and depression.

One of the NIH’s most wanted bacteria, due to its unique growing requirements making it difficult to culture, KLE1738 has a high prevalence in the human gut, being detected in nearly 20% of samples on the Integrated Microbial Next Generation Sequencing Database. Now, by isolating KLE1738, the team uncovered its surprising dependency on the neurotransmitter GABA.

“The association of microbial GABA metabolism with mental health is highly compelling,” commented Jack Gilbert, group leader of microbial ecology at Argonne National Laboratory. “The general ability of the microbiome to produce and/or consume GABA has not been as broadly described before, and a bacterium dependent on GABA has never been reported.”

The success of culturing KLE1738 was only possible due to an extensive screening process carried out by the team, where they discovered that the presence of a common human gut bacterium, Bacteroides fragilis, was necessary for KLE1738 to grow. The team then identified and isolated GABA as the growth factor that is produced by B. fragilis, which was the only nutrient tested that could support the growth of KLE1738.

Stool samples and fMRI from 23 patients with clinically diagnosed depression were then collected. An inverse relationship between the abundance of fecal B. fragilis and functional connectivity in a part of the brain associated with increased activity during depression was established, which translates to a low abundance of B. fragilis being associated with high activity in that part of the brain.

The team will now investigate if it could be possible to treat depression through the microbiome. “Significant work must be done to first, validate the link between microbial GABA producers and depression,” explained lead author Philip Strandwitz (Northeastern). “And second, if validated, identify the right approach to develop bacterial – or some sort of intervention – as therapeutics.”

“A good first step is to repeat our findings in additional human cohorts, which we are actively exploring,” concluded Strandwitz. “When it comes to depression, animal models are difficult to translate, which is why we are so excited about human studies.”