Herpes virus is a mysterious beast–it goes into deep slumbers, but awakens without warning. Researchers now know more about these sleeping patterns. 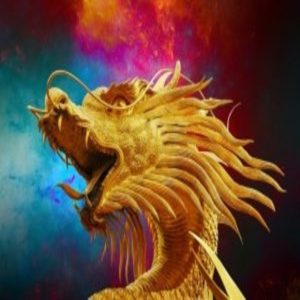 Four out of five humans carry the herpes simplex virus, yet most harbor the infection silently, like a sleeping dragon, with symptoms only occurring when the virus wakes. What stimulates alpha herpes viruses – which include herpes simplex and the chicken pox virus – to become active or latent, puzzles researchers. Understanding this process is important for finding ways to suppress the dragon, particularly in rare cases where the virus spreads to the central nervous system and causes life-threatening systemic illnesses. Microbiologists at Princeton University (NJ, USA) recently discovered some key factors in viral awakening, which they reported in PLoS Pathogens.

Tegument proteins cluster beneath herpes viral envelopes, and researchers believe that they play a critical role in determining the viral sleep or wake status. The theory goes that if tegument proteins delay movement into the neuronal nuclei after initial infection, the host will suppress the viral genome, putting it to sleep. However, researchers had been unable to prove this hypothesis using traditional reactivation experiments.

“We are approaching not from a reactivation point of view but from an escape from silencing point of view,” explained Lynn Enquist from Princeton University, senior author of the study.

For his new approach, Enquist used a specialized in vitro chamber that untangled the neuronal axons from the cell bodies, compartmentalizing them in a manner that mimics the structure of neurons in the peripheral nervous system. Standard models in the field require chemical stimulus of the cell bodies to induce latency, but through the infection of peripheral axons with a very low number of herpes virus particles, Enquist’s group induced a more physiologically relevant latency.

“[Enquist’s method] is a very innovative way of tackling a long standing and difficult problem,” said Angus Wilson from the New York School of Medicine (NY, USA) who researches control of viral gene expression, but was not involved in this study.

Stress is known to activate herpes viruses in humans, so the researchers examined how applying stress factors, instead of the tegument containing viral shells, affected viral escape from silencing in their model. Surprisingly, they found slower viral replication in response to stress factors than to tegument proteins.

“Reactivation is a two-step process, but escape from silencing can be made into a very efficient one step process if the cell bodies have the tegument proteins immediately,” Enquist said.

However, Wilson suspects that the slow response to neuronal stress may indicate underlying disparities between the model and what occurs during physiological viral reactivation. Despite these questions, Wilson stated, “[The model is] a great way of identifying the host and viral players.”

According to Wilson, other researchers are interested in using this model but low numbers of infected cells make molecular characterization tricky. “Everyone is going to be thinking how to scale this up,” said Wilson.

As for Enquist’s group, “Our next steps are to identify what tegument proteins are promoting this fast escape from silencing,” he said. “It could lead to a class of drugs that target viral tegument proteins to prevent the viruses waking up, preventing symptoms and spreading of the virus to other people.”