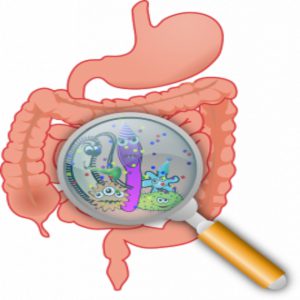 Established during the first one-two years of life, the gut microbiome can change over time in response to changes in the diet. A recent study published in Nature shows that a diet high in salt can actually alter the gut microbiomes of mice by depleting it of Lactobacillus murinus. The study also shows that treating mice with L. murinus helps reduce symptoms of autoimmune conditions by altering the immune response.

The authors fed mice with a high salt or normal salt diet and then studied their gut microbial communities. Mice that consumed a high salt diet had low amounts of certain bacterial species, including L. murinus, compared to mice eating a normal diet. In culture, salt also inhibited Lactobacillus growth.

Mice fed a high salt diet also showed an increase in the number of Th17 cells, which play a role in hypertension. The number of Th17 cells decreased when the mice consumed Lactobacillus. The team wondered if Lactobacillus might help treat salt induced hypertension, so they treated mice on a high salt diet that had developed high blood pressure with L. murinus. Blood pressure declined during the course of the treatment as a result of decreased production of Th17 cells.

To analyze the role of salt on the human gut microbiome, the researchers did a pilot study on humans. They recruited healthy volunteers who agreed to consume a high salt diet and salt tablets for 14 days. As expected, this caused an increase in blood pressure, an increase in Th17 cells, and a loss of certain Lactobacillus species in the volunteers.

“We want to extend the human studies further. We would like to study the immune effects of high salt on a large cohort of population and to see if probiotic treatment can protect against hypertension and immune disorders,” said Wilch.