The Curious Case of the Zika Twins - BioTechniques

The curious case of the Zika twins

Working with sets of twins from Zika virus-infected mothers where only one baby developed brain abnormalities, researchers gained a new understanding of the genetic factors behind susceptibility to neurological damage due to Zika virus infection. 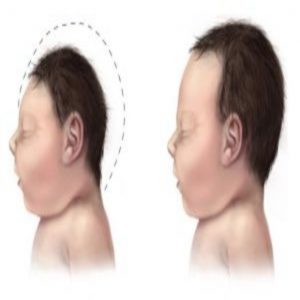 Neurological abnormalities result from congenital Zika syndrome (CZS) in babies born to 6-12% of Zika virus-infected pregnant women. To understand why some babies are susceptible to infection while others are not, a team of scientists from the University of São Paulo, Brazil used a unique cohort of patients: pairs of discordant twins.

“One of the most challenging aspects was finding and recruiting patients,” said Ernesto Goulart, one of the lead co-authors of the study. Relying on collaborators in various parts of Brazil, he and his team eventually recruited three families with one CZS-affected twin and one unaffected twin. “Getting the samples was tricky too; facilities in the affected areas are not as well equipped,” added Goulart.

Previous studies showed that CZS impeded growth and survival of neural progenitor cells (NPCs) and that NPCs from different individuals respond differently to Zika infection. With their patient samples finally in hand, the authors generated NPCs from human induced pluripotent stem cells (hiPSCs) generated from blood cells and compared the susceptibilities of affected and unaffected babies to Zika virus infection. They found that NPCs from CZS-affected twins grew slowly and carried a greater viral load than those from unaffected twins.

To explore the host factors contributing to CZS susceptibility, the authors compared gene expression between the twins by using RNA-sequencing on NPCs prior to infection and found that 64 differentially expressed genes. Gene ontology analysis revealed that some of these genes are related to embryonic development and congenital brain disorders.

Goulart believes that this finding will have a big impact on future Zika virus research. “It will be interesting to look at the role of the genes that we have published. Future studies can also help in identifying hot spots of genetic susceptibility to Zika,” added Goulart.