Neurons that influence metabolism stay active for up to 2 days after a workout. So, don’t feel guilty about lounging around all weekend… as long as you exercised on Thursday. 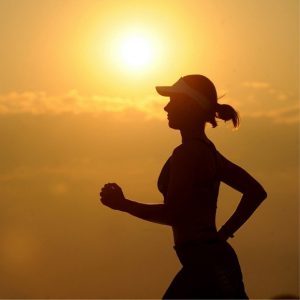 Planning a lazy weekend? Feel guilty no more. A recent study has shown that the neurons in mice that influence metabolism are active for up to 2 days after a workout. This could also offer new insight into the potential of developing therapies to improve metabolism – focusing on the brain as a target.

“It doesn’t take much exercise to alter the activity of these neurons,” commented Kevin Williams (UT Southwestern, TX, USA). “Based on our results, we would predict that getting out and exercising even once in a semi-intense manner can reap benefits that can last for days, in particular with respect to glucose metabolism.”

The UT Southwestern researchers measured the effects of short- and long-term exercise on POMC and NPY/AgRP neurons. Both of these types of neurons are present in the melanocortin brain circuit, which exists in humans and mice. When activated, POMC is associated with reduced appetite, lower blood glucose levels and higher energy burning. On the other hand, NPY/AgRP increases appetite and diminishes metabolism when activated.

It was discovered that just one workout can activate POMC neurons, while inhibiting NPY/AgRP neurons for up to 2 days, with the length of time increasing with increased training. The study is also the first to link the melanocortin circuit to exercise.

It is also thought the results could provide a potential avenue to research alternative treatments for improving glucose metabolism in those with diabetes. “It is possible that activating melanocortin neurons may hold therapeutic benefits for patients one day, especially for diabetics who need improved blood-glucose regulation,” explained Williams.

The researchers are now planning a second study to investigate how exercise triggers those changes in melanocortin neurons. They also plan to record more data to better understand the correlation between the changes and different biological functions.

“This research is not just for improving fitness,” concluded Williams. “A better understanding of neural links to exercise can potentially help a number of conditions affected by glucose regulation.”