How Embryos Develop Has Been Spun on Its Head - BioTechniques

A tale of two spindles

Our understanding of how embryos develop has been spun on its head. 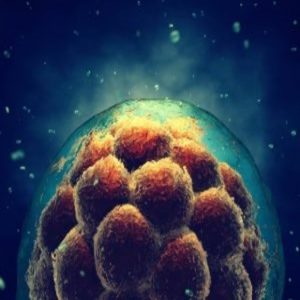 An embryo’s first cell division has long been thought to involve one spindle, much like mitosis further down the line. This spindle is responsible for splitting the chromosomes into two cells. However, EMBL researchers (Heidelberg, Germany) have now shown that, in mice, there is in fact two spindles involved – one from each parent.

This new discovery could explain why more mistakes are made during the first few cell divisions, and, if replicated in humans, holds implications for fertility treatment.

The researchers initially set out to answer a 20-year-old mystery – why parental chromosomes have been seen occupying two parts of the nucleus of two-cell embryos.

“First, we were looking at the motion of parental chromosomes only, and we couldn’t make sense of the cause of the separation,” explained Judith Reichmann, first author of the paper. “Only when focusing on the microtubules – the dynamic structures that spindles are made of – could we see the dual spindles for the first time.”

They utilized light-sheet microscopy, a technology that has only recently become available, to visualize development rapidly in real-time and 3D.. Embryos are sensitive to light at such an early developmental stage. Thus, speed and precision are needed to keep the amount of light exposure to a minimum.

The two spindles kept the parental genomes apart during the first cleavage. Errors resulted in multiple nuclei per cell, which terminates development.

In addition to its implications for fertility, this research holds ethical significance. For countries where law states human life begins when maternal and paternal nuclei fuse, this new study would move that time-point.

It remains to be seen whether this finding holds true in humans.