How Your Nose Got Its Shape - BioTechniques

How your nose got its shape

What do climates and cultural beauty standards have in common? Both influenced human nose evolution. 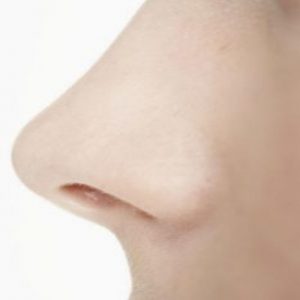 Climate changes conjure up significant scientific concerns for many people—but how many of us would mentally link our facial features to our environment? Writing in PLoS Genetics, scientists report that climate actually impacts our biology through a complex culprit: the nose.

Anthropologists Mark Shriver and Arslan Zaidi at Penn State University studied different nose traits across populations alongside geographic differences in where they reside. Their interest was twofold: how did genetic drift affect nose shape, and how much did varied natural selection in different environments contribute to this trait?

Using 3-D facial imaging, the researchers looked at nostril width and distance, nose height, ridge length, protrusion, and external area of the nose and nostrils. Based on their analysis, genetic drift alone could not account for varied nostril width and nose-base measurements across populations.

The team considered that local climate may have affected this cross-population difference, so they turned to the spatial distribution of nose traits and found that wider noses appear more often in warm-humid climates and narrower noses in cold-dry climates.

“We know humidification is important for the nose because it affects our respiratory function,” explained Zaidi. Narrower nostrils appear to adapt airflow for more efficient humidification and warming. Conversely, individuals with wider (but not necessarily larger) noses may thrive more easily in humid climates nearer the equator.

Another factor may also explain nose variation in humans: sexual dimorphism. Men tend to have larger noses than women, so Zaidi suspects that sexual selection could affect population-level differences in nose shape. For example, we may choose a partner because we find a smaller or larger nose more attractive. Over time, these cultural beauty standards may create a more homogenous facial shape in the group.

“Carefully collected genetic and phenotypic data in multi-ethnic samples will provide opportunities to answer population genetic questions like these, as well as medical questions about differences in disease prevalence and outcomes,” explained geneticist Noah Zaitlen at the University of California San Francisco, who did not participate in this study.