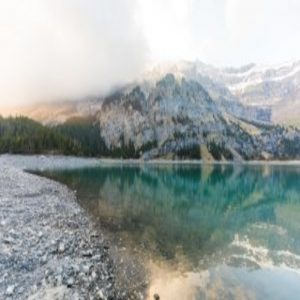 This story starts 28,000– 18,000 years ago as the Last Glacial Maximum, or the last ice age, set in. As temperatures and productivity dipped, a portion of the human population migrated to a region between Asia and North America called Beringia, where they remained isolated for a period of around 10,000 years before dispersing into the New World. This population came to be known as the ‘Native Americans.’

Nearly all Native Americans have ‘shovel-shaped incisors;’ the origin of this trait has piqued the curiosity of researchers for some time. It was proposed that selection for this trait happened sometime during the last ice age when the Native American population was geographically isolated in Beringia.

This trait arises due to mutation in the EDAR gene, which codes for the ectodysplasin A receptor. This receptor controls the density of sweat glands, thickness of hair shafts, and branching of the ducts in mammary glands, as well as the teeth shape. It was thought that this mutation arose due to selection for more sweat glands and shoveled teeth were also co-selected as the same gene controlled teeth shape and sweat gland. However, the authors of a recent study in PNAS were not convinced that sweat glands were the answer.

In latitudes above 48°, where the Beringia population was isolated, there are almost no UV-B levels. UV-B exposure is critical for biosynthesis of vitamin D, which regulates calcium absorption, the immune system and autoimmune diseases.

Thus, in these regions, the diet has to be fortified with vitamin D rich foods. Although diet can supplement older children and adults, this still puts breastfeeding children at a great risk for vitamin D deficiency. Interestingly, the gene that causes shoveled teeth also increases the branching of mammary ducts. It is known that vitamin D from mothers can be transferred to breast milk, and the study suggests that children in low UV-B conditions would be particularly dependent on breast milk from mothers for their source of vitamin D.

The study proposes that a mutation in the EDAR gene was selected during the ice age in the Native American population to influence milk content. This was to increase the vitamin D levels in breastfeeding children to counteract low levels of UV-B induced vitamin D production.

Thus, the tooth shape in Native Americans that initiated the curiosity of the researchers was simply a side-effect.