The forgotten pioneer of DNA sequencing

When DNA sequencing first broke onto the scene in the 1970s, one method shone brighter than even Sanger sequencing. However, this method is now almost obsolete. What was it and what happened to it? 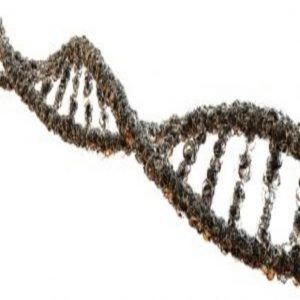 In the mid-1970s, two techniques for directly sequencing DNA were developed – the well-known and still used Sanger chain-termination method and a chemical sequencing method that has been almost forgotten, known as Maxam–Gilbert sequencing.

This sequencing method was developed by Walter Gilbert and his student, Allan Maxam. In 1980, Frederik Sanger and Walter Gilbert shared half of the Nobel prize for Chemistry for ‘their contributions concerning the determination of base sequences in nucleic acids.’

Gilbert was a physicist by training and became interested in molecular biology when he was introduced to it by James Watson. Gilbert was aware that the sequence of DNA carried the code to life that was passed on from parent to offspring; however, at the time it was nearly impossible to work out what the DNA sequence was.

Gilbert and his colleagues had completed some research in the 1960s to isolate the lac repressor, a protein that binds to a specific region of DNA. They then attempted to isolate this region of DNA, which they succeeded in doing by utilizing DNase to dissolve the rest of the DNA when the protein was bound to its specific DNA region. The binding of the lac repressor to this region protected it, so they were then able to isolate it. 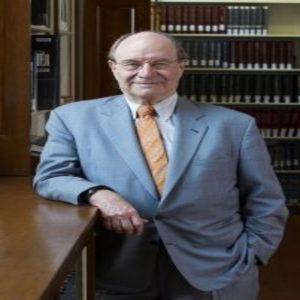 They then tried to find the DNA sequence of that particular fragment but found the development of DNA sequencing methods to be extremely difficult and laborious. They tried to copy the DNA fragment into RNA and managed to work out the RNA sequence by using enzymes to break it down, followed by an electrophoretic separation. This method appeared to work but it took 2 years to determine 24 bases of DNA, which was roughly one base every month.

Gilbert was then visited by a Russian who tried to convince him to do an experiment that involved modifying the DNA bound by the lac repressor with chemical reagents. If they could methylate the G base on DNA, there may be a way to differentiate each base. Gilbert decided it was too difficult an undertaking and not to progress further. However, the Russian visited again 6 months later and tried again to convince him.

There was one question preventing Gilbert from progressing: ‘how could he recognise where these modified bases were on the DNA?’

They proceeded by cutting the DNA with restriction enzymes to gain a fragment that was approximately 100 bases long, which was then labelled at one end with radioactive phosphate. The methylation of G would weaken it, so the DNA would break at that point.

“There’s a moment where you look at it and say this is clearly a sequencing method. The only problem is can you actually sequence DNA just by looking at As and Gs?” commented Gilbert.

They then started looking into chemical reagents that might be able to selectively attack Cs or Ts.

The Maxam–Gilbert method was produced in 1975/76 and the paper detailing it was published in 1977. Gilbert’s students reached a point where they managed to sequence a 5000 base-long plasmid.

The first step in Maxam-Gilbert sequencing involves the digestion and labeling of DNA with a radioactive phosphorus-32 through use of a restriction enzyme and kinase. The DNA is then digested again by a second restriction enzyme in order to generate a fragment labeled at one end only, followed by purification of the fragment.

The different mixtures are then loaded onto a polyacrylamide gel in order to differentiate the DNA fragment sizes by electrophoresis, which are visualized by the use of the radioactive tag.

In order to read the sequence, you must begin at the bottom of the gel with the smaller fragments and work your way up. In order to identify each base, the band patterns must be interpreted in relation to each chemical reaction. So, if the band appears in the G-reaction and G+A reaction lanes, then that base must be G.  Similarly, if a band in the DNA sequence appears in only the G+A lane, then it is A and the same process works for the C and C+G lanes.

Although the Maxam–Gilbert method was once the most popular sequencing methods, it lost traction for a number of reasons. Firstly, it was incredibly time-consuming, there were a lot of steps involved, which were time-consuming themselves; and more steps means more opportunities for mistakes. If there were to be an error and the results weren’t reproducible, then there would be an even bigger issue of troubleshooting and more time spent making corrections.

This method could only confirm 200–300 bases of DNA every few days so encountered difficulties with scale-up. Considering the human genome contains approximately 3 billion base pairs, this is understandable.

In terms of health and safety, the method wasn’t the best option either. There were high amounts of radioactive compounds involved, as well as use of a known neurotoxin – hydrazine. The use of dimethyl sulfate is also a cause for concern. Whilst these substances can still be handled, if protocols are implemented and followed, and with appropriate caution taken; biologically focused labs may have been more comfortable with more enzymatically-based approaches towards sequencing, such as Sanger’s method.

Gilbert did not anticipate at the time of his invention that DNA sequencing might be used to one day sequence an entire genome, until he was invited to a meeting in 1985 regarding just that:

“I went to that meeting thinking that’s the silliest thing I’ve ever heard of. That’s so much larger than things we’re sequencing now. But at the meeting, when I thought about where the technology had got to, I realised it was probably possible to sequence a genome and then I became an advocate of the idea of sequencing the genome,” said Gilbert.

“When I started it was one base a month, now its billions of bases in an afternoon. I find it unimaginable to have been a part of this entire effort.”

As with all branches of scientific research, evolution of techniques and theories is necessary. However, you can’t help but feel a bit nostalgic about the loss of classic, reliable and once-pioneering methods.