Presence of inflammation may be mediator for genetic risk of Alzheimer’s. 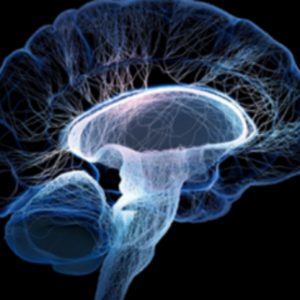 There are many risk factors that have been linked to Alzheimer’s disease, all correlative and none causal. One such factor is the genotype of the ApoE protein; those with the ApoE4 allele are shown to have a greater risk of developing Alzheimer’s than those with the E2 or E3 allele. However, not all individuals who are carriers of ApoE4 develop Alzheimer’s, nor do all those with Alzheimer’s possess the ApoE4 allele. Another risk factor is chronic low-grade inflammation in the brain with the resulting high level of microglia causing a neurotoxic environment.

New research from Boston University School of Medicine (MA, USA) has shown that the presence of both risk factors causes a greater increase in the risk for developing Alzheimer’s disease. Sequential measurements of C-reactive protein from patients with the ApoE4 gene allowed for differentiation of those with and without chronic low-grade inflammation. The results, published in JAMA Network Open, showed that carriers of the ApoE4 allele with low-grade chronic inflammation were more strongly related to developing Alzheimer’s compared to those without inflammation with the higher the level of inflammation the greater the risk.

This link was not significant in carriers of the ApoE2 or E3 allele. Inflammation was positively associated with mortality across all genotypes with no specific favor towards any particular one.

"Finding out what mediating factors for ApoE4 increase AD risk is important for developing intervention and prevention of the disease," explained study author Wendy Qiu. "Since many elders have chronic low-grade inflammation after suffering from common diseases like cardiovascular diseases, diabetes, pneumonia and urinary tract infection, or after having surgeries, rigorously treating chronic systemic inflammation in ApoE4 carriers could be effective for prevention of Alzheimer's dementia."

This new research may help in developing treatments for Alzheimer’s, particularly for carriers of the ApoE4 allele. Qui suggests that the use of anti-inflammatory treatments may be effective for the prevention of Alzheimer’s disease.