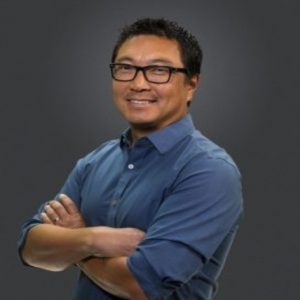 Kenneth Oh is the Collaborations, Applications and New Technology Product Manager in the Protein Quantitation Group at Bio-Rad Laboratories (CA, USA). He received his PhD in Bioorganic Chemistry from the University of California, Santa Barbara (CA, USA). At Bio-Rad, Oh investigates new tools for protein quantification and develops educational content on new products and applications.

Western blotting is a popular technique for protein analysis, but attaining quantitative data can be problematic. The dominant western blot method, known as housekeeping protein (HKP) normalization, is difficult to use and requires careful testing to yield accurate results. However, an alternative method called total protein normalization (TPN) is available to researchers that is faster and more reliable.

Western blot normalization is used to determine differences in the levels of a target protein under specific experimental conditions, tissues, time points or developmental stages. Scientists perform this method to control for sample variations caused by errors during sample preparation, sample loading, or gel transfer, which can skew results. The goal of normalizing the data is to ensure that the results reflect true differences between samples.

For over 30 years, the dominant method has been HKP normalization. Many researchers use HKPs such as actin, tubulin and GAPDH as the internal controls for normalization because these proteins are supposedly expressed at the same levels regardless of experimental conditions and commercial antibodies are readily available.

HKP normalization is not easy to perform, however. There are several technically cumbersome steps that are necessary for HKPs to perform adequately. HKPs must be validated experimentally using a series of tests that includes:

Researchers must also be aware of some drawbacks of HKP normalization:

Unlike HKPs, newer normalization techniques based on TPN are simpler to execute and can increase confidence in results.

In TPN, all of the proteins contained in a sample provide the basis for normalization. Compared to HKPs, TPN does not require extensive optimization and provides a more robust and accurate signal.

TPN detects proteins using either total protein stains or stain-free technologies. Some stains such as Coomassie Blue and Amido Black are irreversible and need to run in duplicate because they can interfere with subsequent antibody staining. Other stains such as Sypro Ruby and Ponceau S are reversible, but commonly result in non-uniform signal and involve multiple staining and destaining steps to detect proteins.

TPN’s compatibility with stain-free technologies is perhaps one of its greatest advantages. In only 6 years, stain-free TPN has appeared in nearly 900 research papers [8] and is becoming the new standard for normalizing western blot data for a number of reasons:

South, north, east and west-ern: the story of how the western blot came into being