Grooming is Essential to Life - BioTechniques

Grooming is essential to life

Flies want to look fly too! Find out why grooming is an integral part of life. 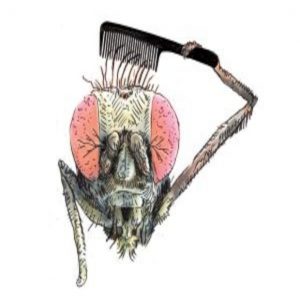 All animals, including humans, groom. Compared to other behavioral activities such as feeding, moving, mating, and resting, which are essential to sustaining life, grooming appears unimportant. Yet our brains are programmed to carry out this activity. Drosophila melanogaster is no exception; they use their legs to clean their bodies in response to stimulation and for daily maintenance.

Fruit flies have been used for decades to gain further understanding of animal behavior under different simulated genetic and environmental conditions. These observations rely on visually observing flies in a short period of time and determining the behavior. A new study led by Sheyum Syed at the University of Miami shows a novel and efficient method of tracking grooming behavior over a period of days.

Syed focuses on how the brain functions in animals. “Grooming will be another additional window into the brain,” he said.

To study fly grooming, Syed’s team needed a method for tracking fly activity over extended periods of time. Finding nothing to suit their purposes, they created their own long-term monitoring system. The team maintained their flies in a chamber with a video camera , “we went through hours of video recording of fly behavior and essentially manually labelled short segments of these movies and said, this is grooming, this is resting, and so forth. And then we used a machine learning algorithm to train a software that we wrote and told it to call this resting, this grooming,” said Syed. To validate the accuracy of their program, they tested it on new images of fly activity and compared the output to manual effort. “We found pretty high accuracy, and then we thought this is ready.”

When the team applied this system, they found that flies spent 30% of their active time grooming, which surprised them. “We thought flies were grooming a lot more,” said Syed. In addition, their results indicated that flies do not groom soon after feeding, contrary to what they expected.

Another surprise was that grooming was tightly regulated by the brain. “Grooming patterns in time are controlled by the circadian clock like sleep behavior, which raises important questions about the purpose of grooming,” said Syed. His team next plans to investigate the purpose of grooming and to see if it plays a role in ridding the body of pathogens or providing a defense mechanism.