VR is being utilized to revolutionize traditional maze studies. 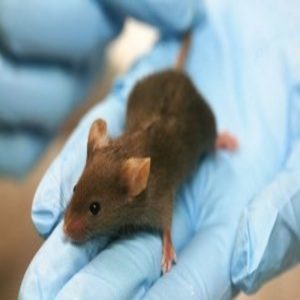 Researchers from Princeton University (NJ, USA) have used a virtual reality (VR) technique to demonstrate that mice accumulate evidence when they run through a virtual T-maze. The mice received pulses of visual information on either side of their head; the side with the most pulses leading to the reward.

The results, published in Frontiers in Behavioral Neuroscience, provide evidence that mice have the ability to learn and consistently perform the task. They could accumulate evidence throughout the study period to inform the decisions made in the maze, with their performance affected by the magnitude of evidence provided. This technique provides a state-of-the-art tool to study perceptual decision-making in animal models to help understand behavior, taking advantage of the benefits of VR.

In the wild, many mammals, such as mice, heavily rely on visual clues from their environment to enable them to navigate. This visual information is a gradual accumulation of evidence that the animal can learn from to provide itself an advantage within its domain. However, the neural mechanism by which this information is acquired is not fully understood. Rodents, with their low cost, scalability and record of study, have proved be a fantastic model to study this behavior.

Running mice round mazes is not a new experiment in neuroscience, but the use of VR iis really helping to advance our understanding of behavior. VR allows an element of environmental control that has been difficult to achieve in traditional studies. The stimuli can be easily regulated, motor output can be readout easier and crucially, the model’s head can be fixed allowing the use of optical techniques.

The VR maze consisted of a spherical treadmill and a toroidal screen with VR projections from a DLP projector.  The mice were head fixed and placed on top of the treadmill. They were trained to run down a virtual T-maze to retrieve a reward at one of the arms. As they made their way down the central stem of the T,  tall objects, or ‘towers’, appeared on one side of their head. The side that contained the most towers led to the reward arm of the maze.

The mice were consistently able to perform the task. Their memory of the cues was stable over time and they were sensitive to single pulse differences.

The group used modeling and non-parametric approaches to determine that the mice were accumulating evidence over time. They showed that the mice were biased by early cues but overall, were able to use multiple pulses of information throughout the whole maze to solve the task.

The researchers are confident this is a valuable tool that can be integrated into already state-of-the-art techniques to study the neural mechanisms that contribute to decision making.