Loss of a key molecule complex may be the cause of many mitochondrial DNA disorders. 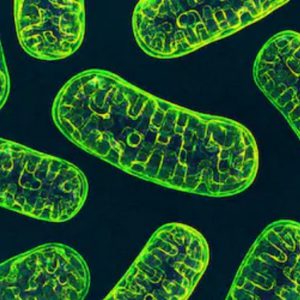 The mitochondria, often labeled the powerhouse of the cell, are the organelle responsible for energy production within the cell. Playing an important role in cellular respiration, the mitochondria are the main location for ATP production. They also make proteins essential for DNA metabolism such as the iron-sulfur family of proteins.

Mitochondria have their own genome, inherited purely from the mother, which is formed of 16,569 base pairs. The double stranded, circular molecule contains 37 genes and codes for two rRNAs, 22 tRNAs and 13 polypeptides.

Loss of the mitochondrial DNA has been shown to result in impaired cell metabolism, reduced cell function and, eventually, cell death. This is due to the cells inability to generate the necessary amount of ATP, which leads to an increase in oxygen free radicals that damage genetic material, preventing gene expression.

A recent study from the University of Seville (Spain) has identified a likely origin for the DNA degradation pathway, linking it to the diprotein complex degradasome. The results, published in Proceedings of the National Academy of Sciences, found that degradasome is essential for the maintenance of the integrity of the mitochondrial genome by removing any defective RNA, a process needed for the further propagation of healthy mitochondria.

Loss of the degradasome complex leads to accumulation of the RNA, forming abnormal hybrid structures that, when in excess, can prevent mitochondrial DNA replication. The action of these DNA-RNA hybrids means that when cells divide, they lose the necessary mitochondrial DNA that compromises cellular function.

It is hoped that the results of this study will help to further understand the molecular mechanisms for some mitochondrial diseases, assisting in the development of novel therapies and treatments.

The fountain of youth

New study asks: what is the likely origin of chloroplasts?

Rid your life of stress to avoid grays

The link between obesity and mitochondria