Restrictions on the use of anticancer drugs in veterinary medicine is very limiting in some countries. To overcome this, researchers found a solution in electroporation with calcium.

BioTechniques spoke with Justin Teissié and Youssef Tamzali to find out more about this novel application. 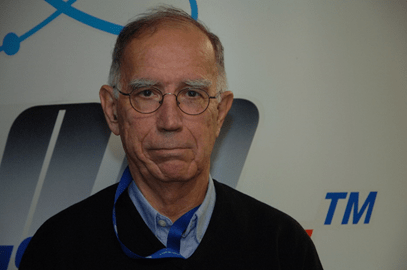 Justin Teissié received his degree in physics from the Ecole Superieure de Physique et de Chimie Industrielles (ESPCI; Paris, France). He then completed his PhD in macromolecular chemistry working on the fluorescence characterization of action potential of the electric eel. Following that, Teissié completed a DSc in BioPhysics, working on the fluorescence characterization of Langmuir Blodgett films. He has since worked at the Medical School of the Johns Hopkins University (MD, USA) and ESPCI, joining the French National Center for Scientific Research (CNRS; Paris, France) in 1973. He is now a CNRS Research Director at the Institute of Pharmacology and Structural Biology (Toulouse, France).

His research is focused on the electrochemical control of the structure, dynamics and functions of biological membranes from the lipid layer up to the in vivo levels. His approach is to improve our knowledge in basic science (discovering the mechanisms of cell membrane electropermeabilization /electroporation) to the translational aspects of the applications in medicine (electrochemotherapy, gene electrotransfer) and biotechnology (gene electrotransfer, electroextraction).

He has authored more than 300 peer-reviewed papers, has been the editor of four books and has won numerous awards for his work. 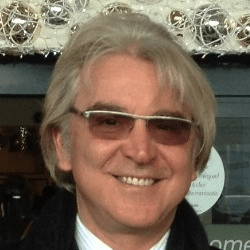 Youssef Tamzali received his veterinary degree from Algiers Veterinary School (Algeria) in 1980. From 1980 to 1984 he undertook further training in companion animal and equine internal medicine at the Veterinary School of Toulouse (France). During this period, he studied for a PhD on “TM equine echocardiography”, which was foundational work in this field. He was also awarded a Diploma in veterinary ophthalmology during this period.

Tamzali then returned to the Algiers Veterinary School as Associate Professor in equine internal medicine. In 1990, he joined Pfizer Animal Health (France) as a Technical Director for the Middle East and Africa. In 1997, he returned to the Veterinary School of Toulouse to head the new equine clinic and equine education programs. His clinical research focused on the development of electrochemotherapy for the treatment of equine cutaneous tumors, conducted pioneering work on overground endoscopy and contributed to research into weight loss in equines. He is the recipient of a number of awards for meritorious contributions to teaching and research innovation and is the author of more than 50 peer-reviewed articles on equine topics in French and international journals.

Tamzali joined the European College of Equine Internal Medicine (ECEIM) as de facto member in 2004 and served as its President from 2010-2014 as well as representing ECEIM on the European Board of Veterinary Specialization. He is also member of the French Committee for Orientation of Equine Veterinary Education and chairs its equine middle tier project.

What are the limits of electrochemotherapy?

Electrochemotherapy (ECT) is a bioelectrochemical antitumor therapy using electrical pulses to increase the permeability of cell membranes to the injected anticancer drugs. This technique allows a considerable increase of the intracellular concentration of the active compound, and therefore a significantly increased therapeutic effect.

Through a long collaboration between Tamzali, an equine oncology clinician, and Teissie, a biophysicist leader in the basic aspects of electropermeabilization, ECT with cisplatin was established with a high rate of success for treatment of equine sarcoids.

However, the use of cisplatin is currently limited due to very restrictive regulations on anticancer drugs in veterinary medicine in many countries.  As a result, the observance of the quality assurance system and the respect for the required biosecurity measures make ECT procedures very onerous in veterinary medicine. We searched for other cytotoxic procedures where these restrictive regulations are not present.

How did you overcome these restrictions?

The electropermeabilization with calcium (ECaT) induces cell death when the local calcium concentration is high enough (several mM). ECaT can be applied without specific biosecurity cautions. Some studies have already proved the antitumor efficiency of the ECaT in vitro on tumor cell lines and in vivo on induced tumors in laboratory animals. The final result is tumor eradication by necrosis.

How did you go about investigating ECaT clinically?

We started a clinical investigation on a cohort of 10 horses bearing 16 tumors. All methods were carried out in accordance with guidelines and regulations for veterinary clinics in France following EU Directive 2010/63/EU for animal experiments. All experimental protocols were approved by the ENVT equine clinics.

Horses were anaesthetized according to a protocol of conventional general anesthesia. A solution of calcium chloride (168 mmol/L in water) was injected into the tumors within a radius of 2 cm in the apparently healthy tissue around the tumor as proceeded during injection of cisplatin.

The objective of the injection technique was to saturate the tumor tissue and the margins with the calcium solution. We considered that a proper injection is a critical issue for a successful treatment. The electrical pulses were immediately applied to each injected area by using two parallel cylindrical stainless-steel electrodes. A train of eight electrical pulses lasting 100 µs generated at a frequency of 500 Hz and a voltage of 1300 V (1.3 kV) were delivered and monitored on-line. Pulses were repeated to cover the tumor and the peritumoral tissue.

Histological analysis had four objectives: to verify the clinical diagnosis of sarcoid by determining the nature of the removed mass; to describe the microscopic changes due to ECaT in the tumors; to calculate the volume fraction of necrosis in the tumor; and to search potential microscopic lesions due to the treatment in healthy surrounding tissue.

What were the results of this investigation?

After one single treatment, 13 of the 16 treated tumors showed necrosis. ECaT had a necrotic action only on tumor tissue but not on the surrounding tissues, while they were treated. Necrosis was correlated to the persistent presence of calcium in the tumor tissue as calcifications were detected in histology. This suggested that a minimum local concentration of calcium was necessary in order to reach a toxic concentration in permeabilized cells, confirming the critical aspect of injection. The three tumors where necrosis was not present were very small and difficult to inject.

Treatment with ECaT has advantages compared to other treatments on sarcoids, for the horse, the owner and the veterinarian. Unlike the use of anticancer drugs, this treatment is not associated with any constraints of biosecurity so it could significantly reduce the cost of the electroporation. This advantage would then allow a larger spreading of the electroporation technique in veterinary structures where a restrictive biosecurity system is not present. The ECaT can also be an alternative when topical treatments, often long and painful, are not feasible, either for lack of motivation of the owner or in the presence of a dangerous or uncooperative animal.

Furthermore, the ECaT is safe for the animal since it is well tolerated and causes only a moderate and transient inflammatory reaction only at the injection site. The role of calcium electroporation as immune activator and its combination with immunotherapeutic treatments has also been supposed in preclinical trials. This supports that equine ECaT might act as an immune activator.

What are the implications of this research?

The electroporation with calcium is a safer technique for the nursing staff who don’t need to manipulate anticancer drugs. ECaT is a relatively simple technique to apply. The operating procedures in order to safely and conveniently treat cutaneous and subcutaneous tumors in pets and larger domestic animals (horses) by electrochemotherapy are available. The pulse parameters are preset and the delivered pulses are recorded and stored for a later control if needed. Finally, the ECaT is not expensive – apart from the cost of general anesthesia. The solution of calcium chloride is cheap and easy to get. It is not a cytostatic drug and not subjected to the associated administrative procedures.

This study is a proof of concept of ECaT effectiveness on spontaneous tumors in a big animal on a large cohort. The translational aspect for humans is recognized as the spontaneous disease in large animal patients resembles the “real-life” situation and thus could be more likely to predict the situation in human treatment.

What are the next steps for this work?

Further studies on a larger number of tumors and on a longer duration are now needed to improve the technique of treatment, to evaluate the number of required sessions and estimate the long-term effect (rate of recurrence). ECaT should also be studied on skin tumors in other animal species, as well as in human beings where clinical trials are ongoing.

Highlights from the AACR Virtual Annual Meeting I

Lynch syndrome vaccine could be on the horizon