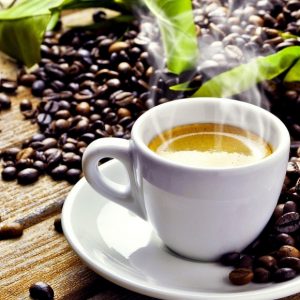 A team of scientists at Rutgers University (NJ, USA) has discovered that a combination of compounds from coffee could protect against neurodegeneration. This includes caffeine, as well as another compound found in the waxy coating of a coffee bean. It is believed they could be utilized as a therapeutic option for Parkinson’s disease and Lewy body dementia.

Prior research has shown that drinking coffee could reduce the risk of developing Parkinson’s disease. Though caffeine is the most well-known of coffee compounds, there are thousands of other compounds present in coffee that could be attributed to this effect.

The team set out to investigate just one of the thousands, namely eicosanoyl-5-hydroxytryptamide (EHT) – a fatty acid derivative of serotonin. They discovered that EHT protected the brains of mice against the abnormal protein accumulation associated with the neurodegenerative diseases.

Caffeine and EHT were then combined and given to the mice. They discovered that effectiveness was low when trialed individually. However, the combination of the two boosted the activity of a catalyst that assists in preventing the accumulation of the harmful proteins in the brain.

They now aim to determine the correct amounts and ratio of EHT and caffeine required for the protective effect in humans. “EHT is a compound found in various types of coffee but the amount varies. It is important that the appropriate amount and ratio be determined so people don’t over-caffeinate themselves, as that can have negative health consequences,” concluded lead author M. Maral Mouradian.