Is blood doping an impossible feat? A new finding could enable the detection of old blood cells in athletes’ blood. 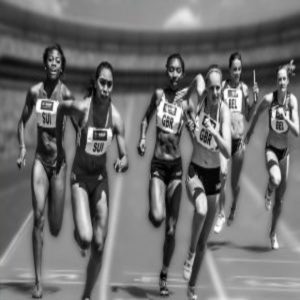 A team of researchers from Duke University (NC, USA) has potentially found a method to detect when athletes have self-transfused their own stored blood. This is a form of doping, whereby athletes increase their red blood cell count and therefore, their capacity to carry oxygen. It has been previously undetectable, until now.

The World Anti-Doping Agency regularly utilizes the ‘Athlete Passport’ detection method. This involves the comparison of a pre-competition blood sample with a blood sample taken during the competition to highlight any potential changes.

“The difficulty has been that the tests they have couldn’t tell the difference between a young blood cell and an old one,” explained study leader Jen-Tsan Chi.

While red blood cells do not have a nucleus, they do contain an abundant population of RNAs. To investigate the effect of storage on red blood cells, the researchers took three units of blood from volunteers and removed approximately 80% of plasma, leaving a concentrated stock of red blood cells, as would be the case for self-transfusions.

The team then analyzed the RNA from day 1 up until day 42 – the maximum time red blood cells can be stored before there are potentially harmful biochemical changes. They discovered that two types of miRNA increased in number, while two types declined in number over this time period.

One of the miRNAs that declined in number was called miR-720. The researchers determined that it was most likely a byproduct from a larger RNA that is cut by enzymes during storage in a very particular way.

“This increase in miR-720 is significant enough and consistent enough that it could be used as a biomarker for detecting stored red blood cells,” Chi concluded.

The next steps for the research will be to determine why the enzyme that produces miR-720 is active in stored cells and what the reason behind the breaking apart of a larger RNA is.