With personalized genomic testing on the rise, it’s easy to believe that our genes largely determine our health. But a new study shows that where you live might matter more that what genes you carry. 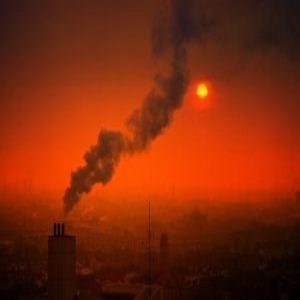 With personalized genomic testing on the rise, it’s easy to believe that our genes largely determine our health. But where you live might matter more, a new study in Nature Communications suggests. Using a natural experiment involving French Canadians from Montreal, Quebec, and Saguenay, researchers at the Ontario Institute for Cancer Research discovered that local levels of air pollution strongly influenced gene activity in residents’ blood cells, which in turn affected their risk for cardiovascular and respiratory diseases. In other words, local environmental exposures like air pollution outweighed genetics in determining certain disease risks.

“This is one of the most elegant and well-executed investigations into the relative contributions of genetics and environment and their interactions in humans,” said Jesse Shapiro, evolutionary genomics researcher at the University of Montreal who was not involved in the study. The study not only shows that the environment affects gene expression in the immune system, but also that it’s influencing respiratory disease risk, added Greg Gibson, director of the Center for Integrative Genomics at Georgia Tech, who also did not participate in the research.

To study the impact of geography on health, the researchers investigated RNA-seq data from a subset of approximately 1000 individuals in a biobank called Cartagene, a growing database of biological samples and health data from approximately 43,000 Canadian residents between the ages of 40-69.

A relatively small group of French settlers came to Quebec in the 1600s and founded a new colony. Some of them left and founded Montreal, while others went north to a town called Saguenay. Because travel was so difficult in the brutal cold, the populations were quickly isolated, leading to genetic bottlenecks. This resulted in genetic signatures that reveal not only if someone is of French Canadian origin, but also the specific town of their ancestors. Since then, some French Canadians from Montreal moved to Quebec or Saguenay, or vice versa, creating a natural reciprocal transplant experiment that enabled the researchers to explore how genetic ancestry and location determine gene activity.

“By looking at the reciprocal transplant, we can say that people in the same environment, even if they have a different genetic background, have very similar gene expression in the blood,” said Marie-Julie Favé, a postdoctoral fellow at University of Montreal and the Ontario Institute for Cancer Research, who led the research.

Next the researchers looked at a range of factors that differed between the three cities and found that air pollution, especially NO2 and SO2, seemed to be most closely associated with the differences in gene expression. The differentially expressed genes related to oxygen transport and inflammation and affect the risk of cardiovascular events and respiratory disease.

Finally, the researchers investigated individual variation in response to environmental exposures and identified 4 genes that affect individual sensitivities to exposures. “That’s where public health and personalized medicine can come in,” Favé said. If a person has a specific mutation that makes them highly sensitive to air pollution and predisposes them to develop asthma, for instance, they can reduce their risk by making sure they’re not exposed to too much pollution.

Cartagene Biobank is currently collecting follow-up longitudinal data, which will allow the researchers to find out whether (and how quickly) changing the pollution circumstances changes gene activity in the blood cells. They’ll also investigate whether, and to what degree, changing the gene activity in the blood cells can reverse or ameliorate disease risk.

“These are all important public policy issues,” Gibson said. “It’s not often that a human genetics paper really directly has implications for public health.”