A daily dose of baking soda may help treat the symptoms of autoimmune disease. 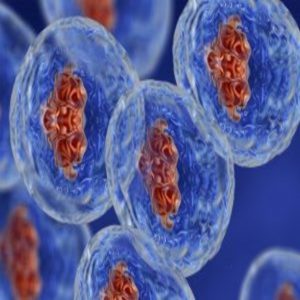 Researchers from the Medical College of Georgia (GA, USA) have evidence that a daily dose of baking soda may help the spleen to promote an anti-inflammatory environment. This could be therapeutic to the inflammation caused by autoimmune diseases such as rheumatoid arthritis. The results, published in the Journal of Immunology, suggest that baking soda could be a safe and easy way to treat autoimmune disease in the future.

The group orally administered a baking soda solution to rats and observed the responses of their organs. The baking soda triggered the stomach to generate more acid, as if anticipating a meal, but also stimulated the mesothelial cells on the spleen.

Mesothelial cells line body cavities and the outside of organs such as the stomach and spleen. The cells have microvilli that sense the environment and respond to invading pathogens by signaling their organs immune response systems. This includes the release of macrophages from the spleen.

The scientists believe that when the baking soda is ingested the signaling from the mesothelial cells tells the spleen to temper its immune response. This transmission of this message is helped along by the signaling protein acetylcholine.

Once the message was received by the spleen it began to produce more anti-inflammatory macrophages or M2 cells, as opposed to the aggressive inflammatory M1 cells. This mimicked a response seen in earlier experiments on rats with kidney damage when given the same treatment.

This anti-inflammatory immune response may be induced from consuming baking soda leading to a response from the spleen, but O’Connor believes the mechanism behind this is caused by the under-studied mesothelial cells:

“We think the cholinergic (acetylcholine) signals that we know mediate this anti-inflammatory response aren’t coming directly from the vagal nerve innervating the spleen, but from the mesothelial cells that form these connections to the spleen.”

The group confirmed their thinking when damaging the vagal nerve caused no disruption to the mesothelial cell behavior. However, when the spleen itself was touched, removed or moved the anti-inflammatory response was lost due to damage to the connections of the mesothelial cells.

O’Connor is hopeful that this simple and effective treatment could one day enter the clinical stage.

“You are not really turning anything off or on, you are just pushing it toward one side by giving an anti-inflammatory stimulus. It’s potentially a really safe way to treat inflammatory disease.”